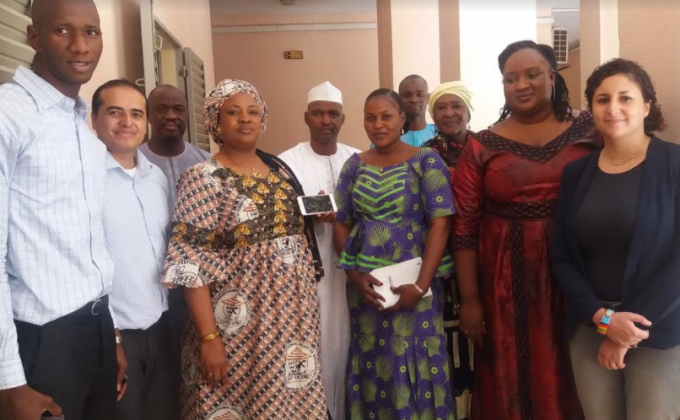 On March 19th, the gender-based violence (GBV) prevention team of the JUPREC project met with three members of the network of Malian members of parliament against GBV. The Honourable Fadimata Niambélé, Alhousna Malick Toure and Idrissa Sankaré committed to participate alongside the civil society in a work team aiming to present a preliminary draft for a bill against GBV before the end of the legislative assembly in 2018. Representatives of this network, made up of 55 members of parliament, have shown a willingness to support the initiative. With some forty organizations of the civil society involved, it aims to put in place the legal, economic and institutional resources necessary to preventing, acting on and punishing this particular type of violence. CECI’s director in Mali, CECI’s project manager for JUPREC, the responsible for the GBV aspect of the project, as well as 18 community experts from 6 Malian NGOs will work together with the members of parliament to pass this bill.

The JUPREC (Justice, Prevention and Reconciliation for Women, Minors and Others Affected by the Crisis in Mali) project is being led by three Canadian organizations: Lawyers Without Borders, Centre d’étude et de coopération internationale (CECI) and École nationale d’administration publique (ENAP). Ultimately, JUPREC aims to afford better access to justice for the people affected by the crisis, especially women and minors, and see their rights fully respected as peace and stability are restored to the country. With the support of Global Affairs Canada, the activities of the JUPREC project are expected to carry on until 2019.