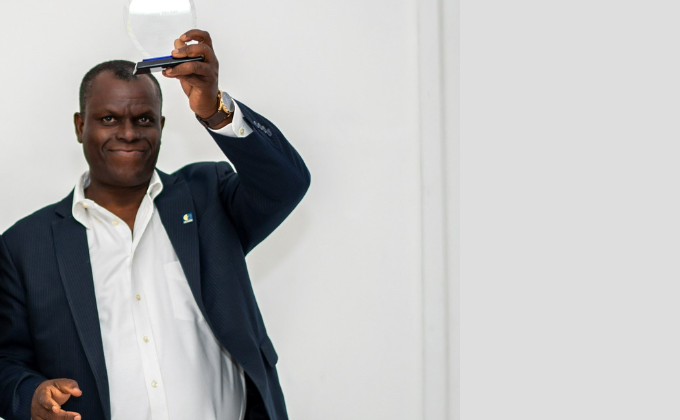 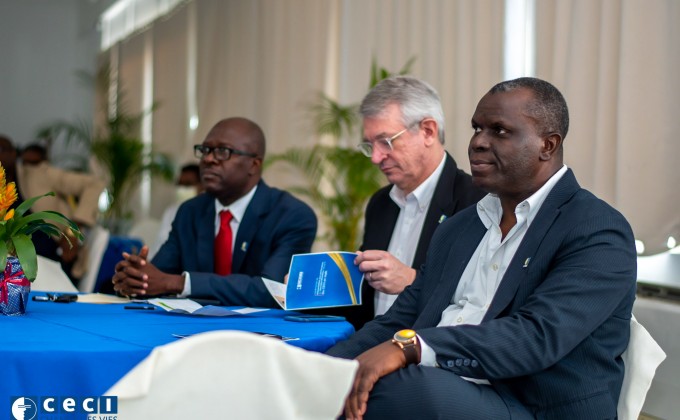 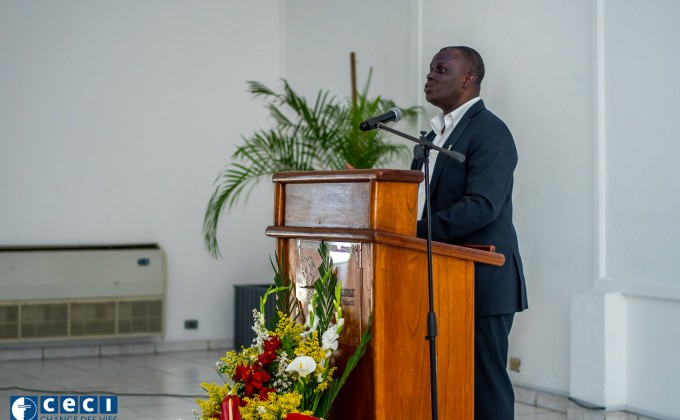 On the eve of his retirement, CECI would like to acknowledge the unparalleled contribution of Mr. Guypsy Michel, outgoing Regional Director for the Americas. His 30-year career at CECI will certainly have left a mark on all those who crossed his path. His dedication to the communities, especially to women, will be felt long after his departure.

Visionary, pragmatic, calm, conscientious, meticulous, keenly observant and endowed with an infallible memory, Guypsy is a trustworthy person like few others. He doesn't work for projects, he lives them. Always listening to his team, he knew every project inside and out and put his heart and soul into making them a success.

The intern he was in 1989 could not have imagined that he would change the lives of so many people and contribute so significantly to the advancement of equality between women and men in Haiti. Indeed, he has persevered tirelessly to enable Haitian women to be considered, involved and heard. There is no doubt that he believes deeply in the importance of taking gender dynamics into account in all projects, regardless of their type. Today, CECI is recognized for its expertise in this area, thanks in part to the efforts and vision of Guypsy. Haitian feminist and women's organizations know that in Guypsy they have a major ally.

Two tragic dates in the Haitian collective memory also represent two fundamental moments in her journey: January 12, 2010 and August 14, 2021. In fact, Guypsy's leadership and quiet strength made all the difference in terms of CECI's effectiveness and speed of action in supporting the population.

Guypsy and several members of the CECI-Haiti team were supposed to return from a trip to Canada on the morning of January 13. But nature decided otherwise. On January 12, 2010, at approximately 4:53 p.m., Haiti was struck by an earthquake measuring 7.3 on the Richter scale. More than 300,000 people were killed, several hundred thousand injured and nearly 1.5 million left homeless. Guypsy quickly found enough resources and energy to go around to teams to do an initial assessment and make sure everyone was safe. The next day, despite the circumstances and the level of desolation, Guypsy saw fit to visit most of the staff and to do an initial assessment of the situation and the needs of the victims in the first IDP camps. Thus, 48 hours after the earthquake, CECI-Haiti was among the first organizations to launch emergency operations aimed directly at the families in the first camps located in Delmas. Colleagues still remember Guypsy's unwavering dedication, calm and leadership.

Another significant moment that will probably remain in the memory of all CECI teams is August 14, 2021.  An earthquake of magnitude 7.2 occurred at 8:30 a.m. in the commune of Petit-Trou-de-Nippes, about 150 km west of the capital. Note that CECI-Haiti has offices located in this region (Cayes and Jérémie). The first images quickly arrived in Port-au-Prince. Guypsy quickly mobilized the various CECI teams. As a result, a first list of basic needs was drawn up by the teams so that the very next day, CECI could begin to support the local authorities in the most affected areas.

To understand the unimaginable nature of this story and why this date is the most significant in CECI's heart about Guypsy's journey, one must go back 10 days earlier, to the evening of August 4. On his way home after a day's work, Guyspy was kidnapped by heavily armed men. There are no words to describe the magnitude of the shock wave that went through the teams when this news was announced. The negotiations were long and experienced as a hell by all waiting for a happy outcome. Finally, on August 13 in the late afternoon, Guypsy was released by his captors. A sigh of relief was released by all the teams of the CECI network from one end of the planet to the other.

Throughout his career at CECI, Guypsy has shown immeasurable courage: between the political unrest in Haiti from 1990-1994, 2003-2004, the wave of insecurity and kidnapping from 2004 to 2006, the earthquake of January 12, 2010, the "Pays Lock" phenomenon of 2018, and a plane crash from which he miraculously emerged alive. His courage and dedication did not let up, because less than 5 minutes after the earthquake and less than 24 hours after spending more than 10 days in captivity, Guypsy did not hesitate for a second to put himself at the service of the communities hit once again by the vagaries of nature.

All of CECI's teams, and in particular the CECI-Haiti team, would like to thank him for his commitment and his remarkable career. He was able to innovate and bring his teams and projects well beyond expectations. Guypsy as a teacher, colleague, friend, family man and director has had an impact on the lives of hundreds of employees, collaborators and even competitors who all recognize in him a man of respect, integrity, tirelessness and unwavering courage.

Article written in collaboration with CECI-Haiti