DEMUJERES: For the Rights of Indigenous Women and Girls in Guatemala 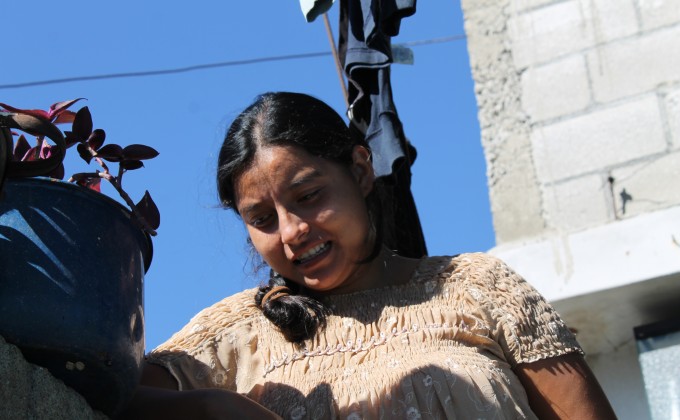 Guatemalan women and girls are particularly vulnerable to gender-based violence: according  to the 2017 Ombudsman’s report, Guatemala’s rate of femicide – 9.7 per 100,000 inhabitants, or an average of 2 per day – is the third highest in the world. The situation is further exacerbated by disturbing levels of impunity: 97% of femicides and 82% of gender-based violent crimes go unpunished.

Access to justice is particularly limited for indigenous women facing these forms of violence. According to recent studies, such as that of the Comisión Nacional para el Seguimiento y Apoyo al Fortalecimiento de la Justicia in 2017, indigenous women feel excluded from the justice system, citing particularly their differences in language and practices. The treatment they receive is also often infused with discrimination and racism.

In this context, It is difficult for the Guatemalan state to follow up on complaints, to respect the applicable laws, and to effectively protect its female citizens.

In response to this situation, CECI and Lawyers without Borders Canada (ASFC) are preparing to implement the project “Equal Rights and Justice for Indigenous Women and Girls of Guatemala”(DEMUJERES), whose objective is to promote the liberty, human dignity, and empowerment of Guatemalan women and girls – particularly the indigenous – to resist gender-based violence and to access justice.

DEMUJERES will be implemented in the Chimaltenango, Sololá and Alta Verapaz departments, three areas particularly affected by violence-related issues. The three main components of the project will be:

Between 2019 and 2022, CECI and ASFC foresee the participation and mobilization of 6400 women and girls and 200 men. In addition, the awareness campaigns, carried out in close collaboration with local partners, will target over 2 million people.

Over 600 professionals in the justice sector will be trained to enforce legal standards for protection against gender-based sexual violence, and to offer services adapted to the needs of indigenous women and girls. Emblematic cases involving sexual gender-based violence will be supported, in order to create precedents that will pave the way for lasting structural changes that will in turn benefit the women of the target departments.

Through DEMUJERES, the CECI-ASFC consortium will help to reinforce the capacities of Guatemalan women to act as agents of change, directly in line with the guidelines of Canada’s Feminist International Assistance Policy.

DEMUJERES receives financial support from the Government of Canada, through Global Affairs Canada.