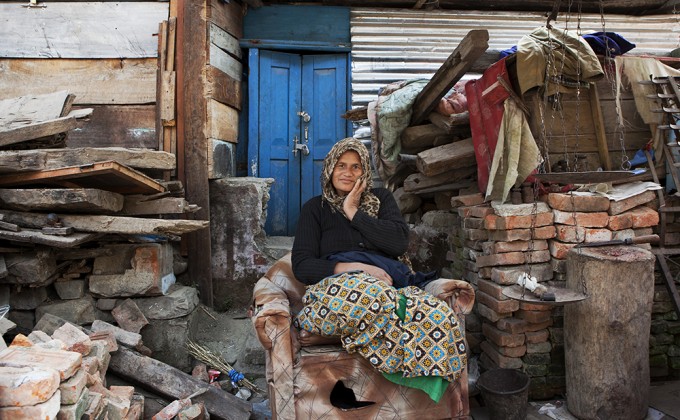 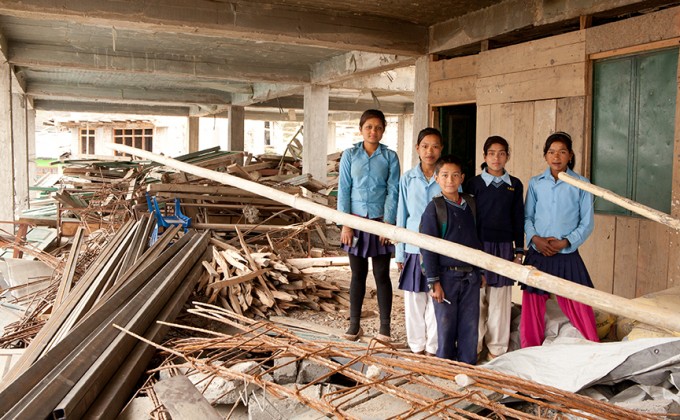 April 25, 2015. The ground shook in Nepal as a 7.9-magnitude earthquake wreaked havoc throughout the country. Eight million people were affected, more than a quarter of the country’s population. The death toll rose to 9,000, with 20,000 more injured and a half-million homes destroyed.

Emergency relief came pouring in. Humanitarian organizations and government agencies on the ground set their teams to work. Alongside them were new actors on the scene hoping to lend a hand: local and foreign businesses. This is a growing trend in crisis situations.

Yet the private sector's increasing involvement in humanitarian efforts is still far from self-evident, even as international crises become more intense and frequent. This is a sign that we must change how we respond to emergencies.

At the International Forum held by WUSC and CECI in January in Montreal, discussions on the duty of private businesses to assist in humanitarian efforts were framed by the Nepal crisis.

Two years after the crisis, Nepal is still reeling.

Like most Nepalese people, Rajendra Prasat Adhikari, remembers clearly where he was at 11:56 a.m. on April 25, 2015, when the earthquake struck. Parked near the centre of Kathmandu, Adhikari had opened his car door and was getting out when the ground began to shake. He quickly sat down on the road and waited for it to stop, an old house crumbling nearby. A few hours later, Adhikari, a university professor, roamed the streets of the capital, taking stock of the damage. He remembers that in the middle of all the chaos, local entrepreneurs were already at work.

“The local private sector was very active facilitating the first emergency response efforts and providing shelter, food, water and cash,” explains Adhikari, member of CECI’s advisory committee in Nepal. “Their knowledge of their communities helped them act quickly and independently. When foreign private actors arrived on the scene, they needed assistance to reach the affected communities. But in every emergency situation in developing countries like Nepal, private-sector assistance is crucial and makes a real difference.” Some such examples are the buses that private schools provided to evacuate people in hard-hit areas, water filters CECI received from a Dutch company and airline companies offering transportation.

While he praises foreign private businesses for their contribution to emergency relief, Adhikari is surprised by their near absence when it comes time to rebuild and restore.

“We have major needs, such as dismantling damaged buildings and handling the rubble. We need skills, equipment and technology,” he continued. Adhikari is also a consultant to international organizations and Nepal’s government agencies on infrastructure development projects.

He says that disasters always create business opportunities and that foreign private businesses, including Canadian businesses, can see this as a “unique opportunity to identify their strengths, learn about the Nepalese market, and establish a network with the local business community to gain deeper insight into its specific needs and expectations.”

Keshava Koirala, CECI’s Country Director in Nepal, thinks that Canadian companies could leverage their expertise to directly help restore Nepal’s SME activities, which make up 90% of the country’s private sector. “When these countries collaborate and share their knowledge to promote sustainable development, they improve our infrastructure, provide us with technical skills and marketing support and create job opportunities,” stated Koirala, who has supervised several emergency management projects in Nepal and in other countries.

THE OTHER SIDE OF THE COIN: SKEPTICISM AND PREJUDICE

But once Canadian businesses are on the ground and in direct contact with the local business community, would they benefit from special access to new markets?

The very idea makes humanitarians shudder. Many of them believe that the sole motivation of the private sector is to turn a profit and access new markets. This is how they view private companies’ attempts to get involved in international assistance operations. A 2015 study conducted by the Conference Board of Canada revealed this and other concerns to be mutual prejudices between humanitarian organizations and the private sector. A gulf of stereotypes and preconceived ideas seems to separate these two worlds that do not know or understand each other, and hardly speak.

The Humanitarian Coalition sought to improve cooperation between the sectors in order to develop partnerships and thus make humanitarian aid more effective. Research conducted at the Coalition’s request showed that working together was mutually beneficial, and that both sides were similarly motivated to act. The number one motive was to help people in need. For the private sector, commercial motives came in dead last.

BETTER COMMUNICATION: WHAT COMES NEXT?

But, according to Marie-Eve Bertrand, who is in charge of private-sector partnerships at the Humanitarian Coalition, it will never be possible to work together without better communication and strong planning.

She believes that the major challenge is to create a dialogue and to establish a constructive relationship before crises arise. “We need to do more than just react to emergencies when they occur. While these efforts are well intentioned, they are often wrought with confusion and lack any real coordination with the agencies in the throes of crisis management. We need to plan an intervention process that is structured, detailed and well thought out. That means that we need to forge ties that are regularly maintained between the private sector and humanitarian organizations. And organizations need to learn how to better communicate their needs and report on the impact of their work.”

According to a study by the Conference Board of Canada, the contribution of Canadian companies is primarily monetary (cash and advertising space), but they are willing to do more.

“Now we need to know what the humanitarians can accomplish with their limited resources, and take the time to seriously consider this. A cash donation is not a partnership,”stated Bertrand. According to the report, NGOs are concerned about the cost and risks of working more closely with the business community.

TOWARD A NEW TYPE OF PARTNERSHIP

Was Henri Dunant, the Swiss founder of what would become the International Committee of the Red Cross in 1863, himself a businessman? Elodie Le Grand, President and founder of Consentia, a social responsibility consulting firm, likes to remind people of this. This young woman, who has more than 15 years of experience working with international organizations, is convinced that in a world where humanitarian assistance needs are steadily on the rise, the private sector can be a part of the solution.

“Of course each sector must accept the risks it faces, has its own ideas about the what objectives should be reached and by when, and so on. But to the extent that companies and NGOs adhere to the same principles of accountability, transparency and ethics, there are many opportunities for collaboration, particularly when it comes to reconstruction, among other things.We plan and develop assistance at home and provide it in the field. This should be done through partnerships that allow for flexibility and creativity.”

In Canada, private-sector involvement in humanitarian relief efforts have yet to move past discussions. Still, a number of major international initiatives (2) have shown that it is possible to put these ideas into action and create meaningful partnerships. Canada could certainly take a cue from these initiatives, as the emergencies NGOs face today are increasingly long, frequent and costly.

The rebuilding costs after the earthquake in Nepal alone totaled approximately US$7 billion.

(1)   Thirty-four private businesses, 11 of which are among the top Canadian 100 Canadian companies, and 10 NGOs completed online surveys and took part in joint discussions. The study began in October 2014 and the results were published in November 2015.

(2)   A few examples: The Connecting Business Initiative, launched in 2015 by the United Nations Development Programme and the Office for the Coordination of Humanitarian Affairs, Small and Middle Enterprises for Humanity (SME4H) in May 2016 and Global Humanitarian Lab in July 2016.

WUSC and CECI's International Forum is an exciting annual gathering where the best ideas and practices for international development are shared. The event is undertaken with the financial support of the Government of Canada through Global Affairs Canada.