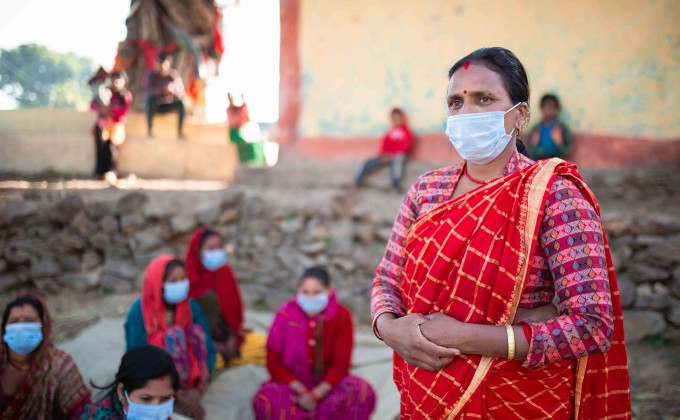 Nepal’s situation is extremely urgent as it deals with a second wave of COVID-19 that began in mid-April. The rate of spread of the virus is among the highest in the world and, according to estimates, about half of those tested are positive. In April alone, 5000 people succumbed to the disease. Hospitals and clinics are simply not equipped to receive new patients and there is a critical shortage of oxygen. If this trend continues, some 800 000 people could contract the virus by mid-July, which will further add to the number of deaths.

Nepal, with a population of approximately 30 million, shares a 1850-km border with India and is among the poorest countries in the world. A large proportion of the population depends on seasonal work in India or on the informal economy. Lockdown measures are difficult to impose on a population that is struggling to meet its basic needs.

Despite the population’s current efforts, the rate of spread is not showing any sign of abating. Lack of information and its porous border with India are having a direct impact on the people of Nepal, particularly those in the most disadvantaged communities.

With our office in Nepal and our local partners, CECI is launching a series of concrete actions to alleviate the negative impacts and to support the efforts of the population to overcome this crisis:

Support Nepal today! Your donation will provide relief to the population and support our actions! Donate!

In recent decades, CECI has frequently been called upon to carry out humanitarian aid operations in Asia, Africa and the Americas, to help people facing natural disasters, human conflicts or humanitarian crises. Our approach is to respond to the needs of affected populations through local partners, in collaboration with the country's authorities.