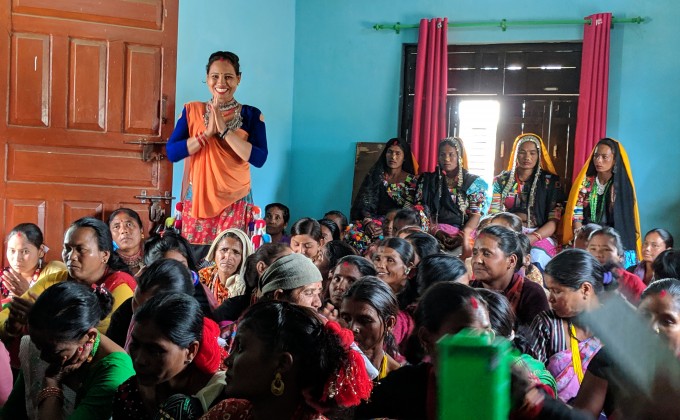 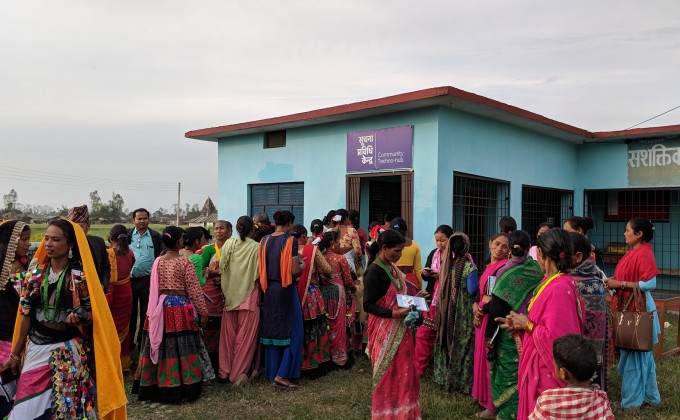 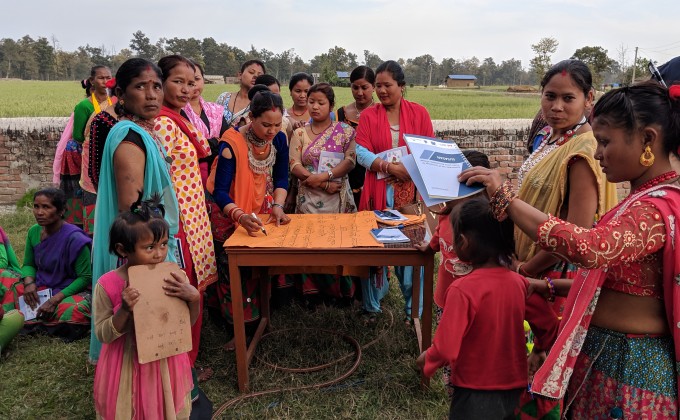 Last March, CECI Nepal celebrated Open Data Day, an annual event held to raise awareness for the practice of open data, ensuring its availability to citizens and civil society, so as to increase transparency and accountability at the local level. Many rural municipalities of Nepal marked the day by organizing various interactive activities with the participation of the local governments, local leaders, Nepalese women and men, and people from marginalized groups.

CECI Nepal’s staff and partners took part in the festivities, promoting the practice of open data, budget transparency, citizen reporting and grievance reporting through the Sustainable Use of Technology for Public Sector Accountability project (SUSASAN). Democracy has only recently been achieved in Nepal, and it is in this context that CECI seeks to close existing gaps between non-governmental organizations, communities, citizens and the supply of government services.

In order to improve governance transparency at the local level and boost local community groups’ ability to press for inclusion in the democratic decision-making process, the SUSASAN project provides the local governments with an online and offline platform to share information. CECI Nepal and its partners are also working with municipalities to help them acquire and become familiar with this platform and integrated technologies that allow for data to be openly available to the population.

On Open Data Day, the local governments showed their commitment to be transparent and accountable in public service delivery. Moreover, they committed towards ensuring optimum openness in their service delivery. They also encouraged citizens to engage with them in the decision-making process of local governance.

During the inauguration of an Information Techno-Hub in Konjyosom rural municipality, officials stated that the openness of data and information is key in improving public service delivery. “On this Open Data Day celebration, we commit to maximum use of the Tech-Hub. Data and information will be made accessible to all, through both electronic and printed mediums”, said Ms. Mingma Lama, Vice-Chair of Konjyosom Rural Municipality.

Women and men, girls and boys, and marginalized group of Nepal have been invited to monitor the municipalities performances and provide feedback for further improvements, through the use of the online and offline platform.

Mr. Binod Upadhaya, Governance Specialist for CECI in Nepal, visited CECI in Montreal to speak about the work CECI has been doing to contribute to the federalization process in Nepal. Afterwards, he participated in the 6th Open Government Partnership Summit from May 29-31st, 2019 in Ottawa, where international experts and governments convened to discuss the concept of Open Governance.

CECI was able to present the successes we have seen with the Susasan project, wherein technology has been used to bridge the gap between citizens and governments. The infrastructure management system, for instance, has been co-designed with Dhangadi Municipality and allows for citizens to track the financial and physical progress of infrastructure projects in their area. This system has been so successful that the mayor has been named the best Mayor among all municipalities in the country and the tool has been taken up by other municipalities and development actors.