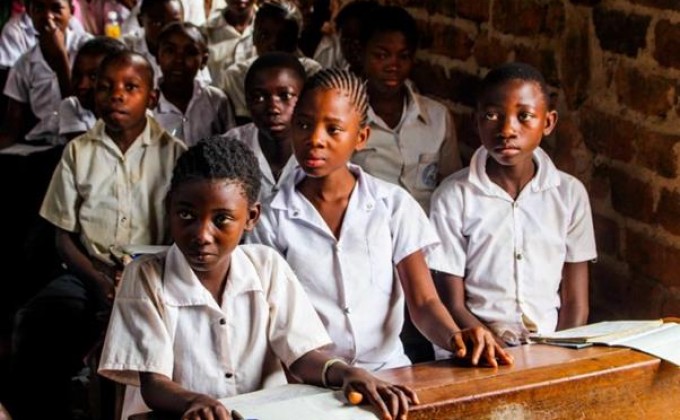 They were forced to flee their countries, pushed into exile by the hundreds of millions. In the midst of recurring political and security crises in the African Great Lakes region, massive displacement of the population has been driving vulnerability among women and girls for years. In such unstable and insecure conditions, access to education is limited and girls often face major roadblocks to receiving an education.

For several months in Burundi, the Democratic Republic of Congo and Rwanda, a consortium founded by the Centre for International Studies and Cooperation (CECI) and the Paul Gérin Lajoie Foundation (FPGL) has been carrying out a project promoting a favourable environment for the education of women and girls who have been victims of conflict, in particular refugees, displaced persons, returned persons and persons with a disability.

The Educating Girls for a Better Future in the African Great Lakes Region Project (ÉDUFAM) aims to facilitate women’s and girls’ access to inclusive education, support quality education in safe school environments, and strengthen women’s leadership so that women and girls are able to defend their rights and have a greater say in decision making. Ultimately, the project’s aim is to support greater empowerment of women and girls who have been victims of conflict.

Accessing spaces that are “off limits” to girls

“These women have been excluded from ownership, power and knowledge. How can they hope to advance in such conditions?” asks Nicole Nyangolo, Regional Coordinator of the ÉDUAM project for the Concertation des collectifs des associations féminines in the Great Lakes Region  (COCAFEM/GL), a CECI partner. “Education is all the means we give girls and women to enable them to enter spheres that are normally off limits to them. That’s the basis of everything, and that’s why the ÉDUFAM project is about hope.”

The project is carried out in areas densely populated by people forced into displacement. It targets 24 primary and secondary schools where, during the four-year project, more than 22,000 girls ages 5 to 18 will receive an education. Some 3,300 young and teenage girls most affected by or at risk of dropping out of school will receive one-on-one support through the project thanks to the community’s commitment to breaking down the specific barriers and constraints that girls face so they can continue their education. More than a thousand teenage girls and women in vulnerable situations will receive professional training or support for developing revenue-generating activities, and some 6,000 women will strengthen their commitment to educating girls.

“Such violence constitutes a major obstacle to girls’ education: harassment, forced marriage and unwanted pregnancies are both roadblocks and dropout factors,” explained the regional coordinator for COCAFEM/GL, underscoring the need for advocacy to combat violence with the support of as many community stakeholders as possible.

“We must denounce the sexist language and attitudes that school authorities and people in the camps uphold. We have to utilize teachers in this fight. Create or rally mothers’ and fathers’ clubs to make them allies. Teach girls about their rights and give them the chance to speak up more often. Set up alert mechanisms. And also involve boys and men, and prioritize a positive and responsible approach to masculinity. We need all the support as we can get.”

So that no young or teenage girl is prevented from making her education a priority, now and in the future, the project is working closely with the communities in which it operates. The approach is a holistic one in that it is not solely focused on school performance. Instead, it considers the entire community as an ecosystem that can and must be committed to supporting girls’ education. In the communities where young and adolescent girls have been identified as being at risk of dropping out of school, the project will develop social contracts with the community to make girls’ education a priority.

To achieve this, the project will begin a dialogue with influential figures and entities in the communities (e.g., political and religious leaders, parent associations, women’s rights organizations, mothers’ and fathers’ clubs, and local cooperatives). These changes will make it possible to identify the constraints and obstacles to educating young and adolescent girls, and the advantages the community at large stands to gain by breaking down such barriers. Drawing on common objectives, the community makes a commitment via social contract to adhere to the principle of education for all. In addition to ensuring that girls have access to education, the project aims to get the entire community invested in the mission of educating girls to prevent them from dropping out early, no matter what the reason. To reach this objective, the project is supporting the community to set up its own mechanisms that will address issues such as gender-based violence.

Adaptive measures in response to COVID-19

The rapid spread of the COVID-19 pandemic has rendered an already precarious situation even more fragile by increasing school drop-out risk owing to a greater number of unwanted pregnancies, child marriages, and cases of gender-based violence during lockdowns.

While partners have still been able to conduct the surveys they had planned among the target populations to obtain a more detailed picture of the risks and points of vulnerability, the pandemic has forced the ÉDUFAM project to adapt and incorporate a short-term action plan. Several measures have been put into place in response to the impact the health crisis is having on girls’ education.

In Rwanda, where the five schools targeted by the project only began to reopen schools progressively in November, after 8 months of closures, CECI’s local partner also supported initiatives to keep students learning.

“We worked to identify families most affected by the crisis, who had girls in their final year of secondary school, both in the refugee and displaced person camp and in two neighbouring communities,” explains one of the local project workers. More than 270 radios were distributed so the girls could take government-provided courses at home and continue their studies.” This was also made possible by the prevention work done with families to ensure that children could return to school, especially young and adolescent girls.

Local organizers are also helping to raise awareness about prevention measures with regard to the epidemic. “Following another survey conducted among over 3,000 families this time, we identified households least likely to be reached by awareness-raising messages,” said a local worker.

“Village chiefs and community relays are currently going in and around the camp villages to play recorded messages with about fifty megaphones. Radio ads have been recorded, and shows will be broadcast in the coming weeks. In addition to COVID prevention, we will be addressing other topics, like how important it is for girls to return to and stay in school.”

The message is an important one and worth highlighting—according to UNESCO, when the pandemic is over, more than 11 million girls may not return to school. Now more than ever, we must sustain our efforts to support their right to an education and enable their independence and empowerment.

The Educating Girls for a Better Future in the African Great Lakes Region Project (ÉDUFAM) receives support from the Government of Canada through Global Affairs Canada.

Help make the project a success and donate!