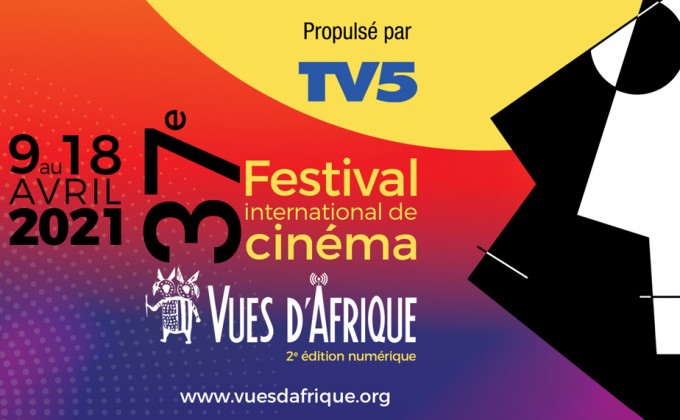 On April 19, 2021, the closing ceremony of the 37th Vues d’Afrique International Film Festival took place virtually.
This year, we had the opportunity to collaborate with the festival as an official partner of the programming. As such, we created together a new category entitled “Taking Action for Equality”, featuring films portraying initiatives led by women and men who fight every day for a more egalitarian world, one of the core themes of CECI’s work.

The 17 members of the selection jury for films in the “Taking Action for Equality” category, members of the CECI network (members of the board of directors or of the corporation, ambassadors, volunteers, employees and donors of CECI), had the difficult task of picking the winner of the category among the eight films and documentaries, all richer and more interesting than the other, following a series of criteria related to the issue of gender equality.

After deliberation by the jury, we announce that the two winning films in the “Taking Action for Equality” category are:

Synopsis: Rape has been used as a real weapon of war in the conflicts that have ravaged the Great Lakes region in recent decades. Rwandans, Congolese, Burundians women victims courageously testify, some of them for the very first time. They reach out to the international community, finally breaking with the law of silence, a sign that things are starting to change…

Synopsis: In Nigeria’s largest slum on water, in Makoko, a village that lives mainly from fishing, Mrs. F. wants to unite women and perform together the play called “Hear Word”. This project is about gender inequality and the empowerment of women, and is based on true stories. It aims to free women from social oppression and encourages them to speak up and build strong connections between them. However, before she can launch this project, Mrs. F. will have to face and overcome the obstacles that the guardians of religion and patriarchy will throw her way.

“Thee members of the jury selected these two films unanimously. Mrs. F. which portrays the journey of young women in building their leadership through a play, an approach actually used by CECI. And Les oubliées des Grands Lacs, a gripping documentary that reaches us to our core. It is about women used as weapons of war, about how they build themselves back up afterwards, and the support they receive.”  Fatoumata Touré, CECI Board member and member of the selection jury.

Congratulations to the directors and to their teams, and thank you again to our selection jury!

CECI is committed to sharing these two films within its network, in Quebec and internationally, in order to fuel exchanges and discussions about the films and issues of gender equality.

Watch the closing ceremony 2021 (winner of the “Taking Action for Equality Category” 23:45).