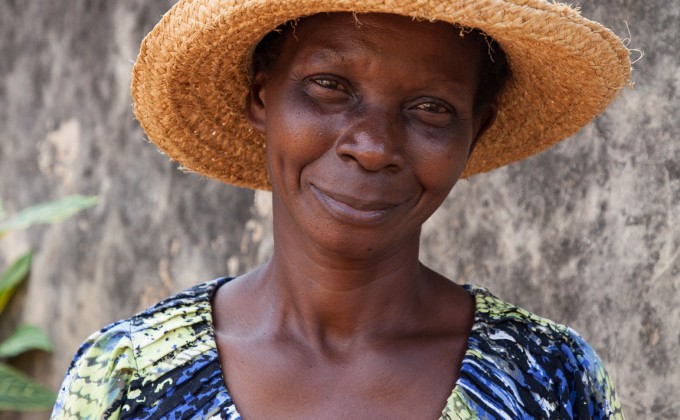 Port-au-Prince, February 19, 2018 – Today, the Minister of International Development and La Francophonie, the Honourable Marie-Claude Bibeau, announced $8.3 million to support its Women’s Voice and Leadership initiative in Haiti, which will be led by CECI.

The Minister made the announcement on a visit to Haiti, where she met with government representatives, women’s organizations and international development partners, including CECI.

She says she is convinced that the best way to eliminate poverty is through the empowerment of women and girls. This is the very thing that CECI has striven to do throughout the world for 60 years, and in Haiti since 1971.

The Director of CECI-Haiti, Guypsy Michel, who stood beside the Minister during the announcement, said he is “very honoured that Minister Bibeau and the Government of Canada are entrusting CECI on the crucial matters of women’s rights and fighting injustice and inequality. In these turbulent times, the international assistance sector, like other sectors, is rightly being questioned about abusive power dynamics, including abusive sexual relationships, which have been known to occur. Reducing poverty and inequality are hallmarks of CECI’s mission, and gender equality is central to this.”

CECI takes sexual harassment, exploitation and abuse very seriously and strongly condemns these behaviours. To this end, CECI has issued a public statement that can be read on our website. CECI’s policies, rules and codes of conduct on equality between women and men, safety and harassment, including sexual harassment, are also available on our website under Corporate Files. Volunteers and staff across our organization have received reminders about these policies and codes of conduct. CECI encourages people to report any form of harassment, abuse or violence. We have a zero-tolerance policy on these types of behaviours.

At the heart of the Women’s Voice and Leadership in Haiti initiative are more than 30 women’s organizations that defend women’s rights, including six networks (called faîtières in Haiti), that CECI will support in becoming fully autonomous.

This five-year initiative will be carried out in four (4) regions of the country: Grand Nord, Grand Sud, Ouest and along the border Haiti shares with the Dominican Republic. It aims to enable women and girls to fully exercise their rights and to advance the women’s movement in Haiti by building the capacities of Haitian civil society organizations to defend women's rights. Adult and young men will also be included and encouraged to participate in these initiatives.

A total of more than 30 women's rights organizations will receive technical and financial support, and 3,000 people living in marginalized and vulnerable conditions (30% of whom are women) will directly participate in the initiative benefiting 130,000 people.

CECI will work with women’s rights organizations to strengthen:

In June 2017, Global Affairs Canada (GAC) launched Canada’s Feminist International Assistance Policy with the goal of ensuring that, by 2021-22, no less than 95% of Canada’s bilateral international development assistance initiatives will target or integrate gender equality and the empowerment of women and girls. The announcement of the Women's Voice and Leadership in Haiti initiative is, therefore, directly in line with the Government of Canada’s commitments.

CECI has always been a pioneer in gender equality, within its own international development projects and throughout the entire organization. In 1992, CECI developed its first Policy on Equality between Women and Men. This policy has been revised and updated several times since. This year, as we celebrate our 60th anniversary, we will revise our policy again.

The Centre for International Studies and Cooperation (CECI) is an international development and cooperation NGO founded in Quebec in 1958. Our mission is to combat poverty and exclusion among the world’s most marginalized populations in Africa, Asia and the Americas. CECI supports local populations by implementing various humanitarian assistance, sustainable development and volunteer cooperation projects in more than 20 countries around the world. www.ceci.ca

In Haiti, CECI has maintained a constant presence since 1971, even through the country’s many periods of political instability over the years. CECI-Haiti is active in 30% of the country, making it one of the largest international assistance and development organizations on the island. CECI-Haiti has helped improve quality of life for hundreds of thousands of people, supporting new models of partnership between local and national authorities, civil society organizations and the people.