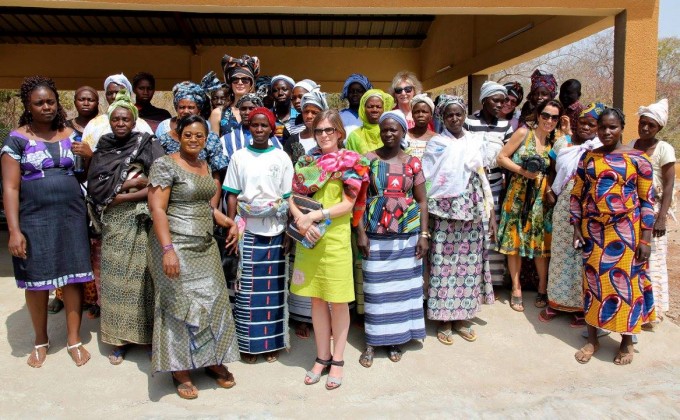 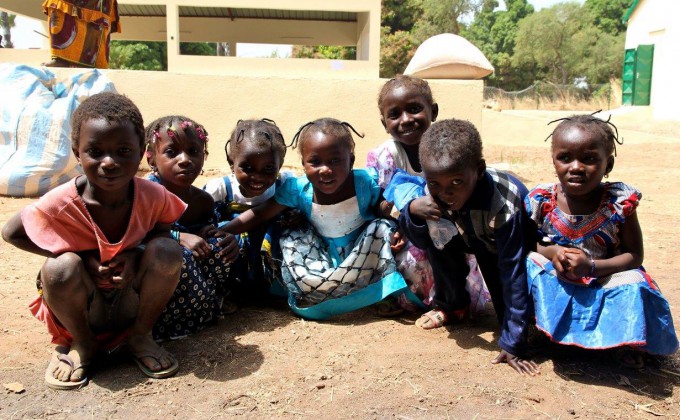 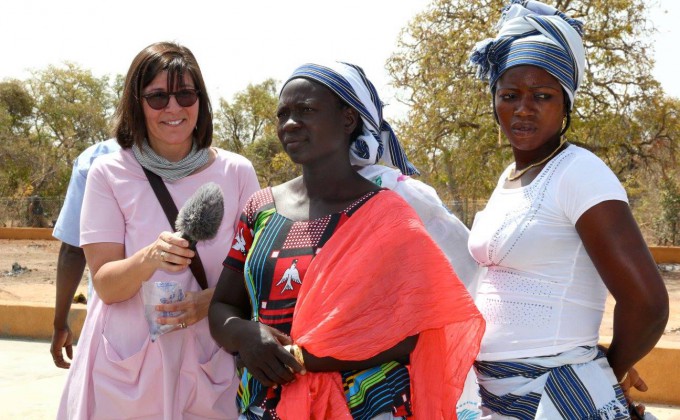 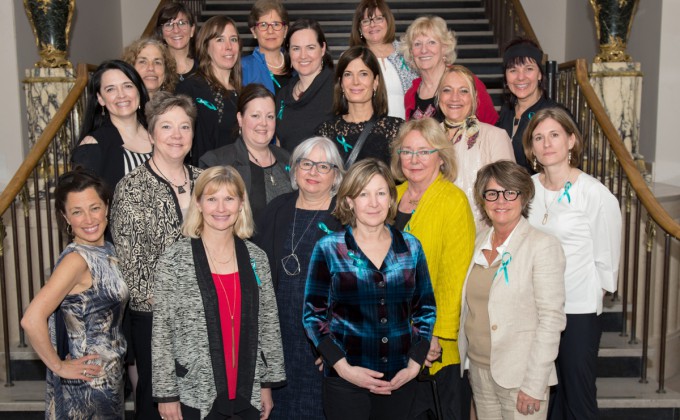 For the third consecutive year, CECI’s Club des Ambassadrices put on a benefit evening in support of the approximately 5,000 women rice parboilers in Burkina Faso, which the Club has supported since 2014 through the PAERIZ project (1).  On May 11, ambassadors Anne-Marie Cadieux, an actress, and Marie Grégoire, a political journalist, co-hosted this event, which was attended by more than 150 people and raised more than $38,000.

“Strong.” “Resilient.” “Proud.” “Determined.” All around the Hall of Bronzes in the Montreal Museum, the same words kept coming up in conversation. Burkina Faso may be called “the land of integral men,” but that night was all about the Burkinabè women!

The highlight of the evening was the screening of a short film made in February by Nathalie Pelletier, featuring the women rice parboilers. Filming occurred during the ambassadors’ missions to Burkina Faso in September 2016 and February 2017, during which they reported being blown away by the strength of character of the Burkinabè women.

“They are absolutely amazing, and extremely courageous,” said Anne-Marie Cadieux, in clear admiration of the women and the incredible drive they demonstrate every day. The actress, recently returned from the mission, recounted the endless work days the parboilers put in. One of the women told her she rises at three in the morning to cook doughnuts to sell at the market at dawn, before starting her day at the parboiling centre. When she returns home in the evening, she cares for her seven children, whom she raises alone.

“So she works at least 17 to 18 hours a day, every day of the week,” added Danielle Sauvage, who has also been a member of CECI for a number of years. Danielle says she was quite moved by the women she met. “It’s truly amazing—this is what we realized while we were there—how effective our project is and the results it is producing. It’s a substantial, structuring project that really helps improve their quality of life. That's what they all told us!”

In the parboiling centres in Bama, Fouzan and Karfiguéla, CECI ambassadors Anne-Marie Cadieux, Marie-Grégoire, France-Isabelle Langlois, Nathalie Pelletier and Danielle Sauvage listened to the women’s stories and saw for themselves the changes made since the project began.

In each of the parboiling centres, visible changes have been made. Infrastructures have been modernized and professional equipment has been installed, boosting rice production and quality (meaning higher profits) while making the work less arduous. But the benefits go beyond economic considerations alone, and here, as elsewhere, the women’s empowerment has brought about changes both in the confidence they have in their own abilities and in men’s perception of them.

The permanent secretary of the National Union of Women Rice Parboilers reminds us that, in the past, women could not even speak at meetings when men were present. According to Alimatou Ouedraogo, “Today, a woman goes where she likes. She can defend herself and can even speak to authorities on her own.” Nafissatou Guinko spoke about the importance of the capacity-building activities the project has been providing since it began, citing technical activities in the workplace and activities related to management, organizations and associations, in addition to the literacy program it ran last year. “87% of the people I work with are illiterate,” said Nafissatou, an organizational development advisor for CECI.

The Club des ambassadrices has always sought to listen carefully to the Burkinabè women with whom they work so that it can, to the best of its ability, meet their real needs. Field missions are an excellent opportunity for such conversations to take place.

During the first mission carried out last fall by two other ambassadors, Michèle Bussières and Gabrielle Pauzé, the rice parboilers expressed their need for a safe and educational place to leave their babies and young children while they worked. “We gathered under a tree one afternoon, in the centre of Fouan. When we asked what more we could do to help them, this is what they told us they wanted,” recalls Michelle Bussières, Vice-Chair of CECI’s Board of Directors.

The funds raised during the benefit at the Museum of Fine arts will go directly toward this project. “The goal is to open an educational day care in each of the parboiling centres,” explained Michelle Bussières. “Literacy is an important part of this project, because we always have it in our minds to give them tools to become self-sufficient—both these women and future generations.”

With two Burkinabè musicians providing entertainment throughout the evening, the twenty or so ambassadors who attended the benefit spoke with the public, all the while tending to the silent auction.

Wanting to get involved beyond providing financial support, several ambassadors have expressed interest in setting up ways to continue exchanging with the parboilers, either virtually or by inviting a few of them to Quebec. “We are doing a lot of training, networking and events to reward or recognize different people,”explained Danielle Sauvage. “It would be interesting, for example, to do these types of activities with the women rice parboilers and create an opportunity to recognize what they do.”

Gabrielle Pauzé, who took part in the September 2016 mission, considers it essential to establish and maintain a regular dialogue so we can provide the most relevant support possible and make a real impact. “I benefited in Quebec from what the previous generation did for women and our status. We are where we are today because those women paved the way for us. We want to do the same for the women of Burkina Faso,” the young woman explained.

“We feel privileged today, looking back at what women here went through,” added Marie Grégoire. “Now it is our turn to help the Burkinabè women find their own paths to empowerment. It won’t be the same one that women here took in the 60s. They have to find their own voices, but I strongly believe that, with this project, we can help them move things along.”

(1) The Women Rice Parboilers of Burkina Faso project (2014 - 2019) is supported by the Club des ambassadrices, operated by CECI and funded by the Government of Canada’s Global Affairs Canada. The project is carried out in partnership with Burkina Faso’s Ministry of Agriculture and Food Security, the Interprofessional Rice Committee of Burkina (CIR-B) and the National Union of Women Rice Parboilers (UNERIZ).

[THE CLUB DES AMBASSADRICES - Comprising around 30 Quebec women who are influential in their spheres (arts, business, politics, etc.), the Club des Ambassadrices aims to promote women’s entrepreneurship in the countries where CECI operates, and to promote women’s economic empowerment and gender equality. It has supported women rice parboilers in Burkina Faso since 2014. This five-year project aims to build women’s economic empowerment by promoting the value of nationally produced rice through parboiling and the strengthening of parboiler organizations, so that they may become profitable, professional, and recognized businesses within the rice industry.]

[WOMEN RICE PARBOILERS - Rice parboiling—a process whereby rice paddies (unmilled rice) are pre-cooked to raise their nutritional value and improve consistency—is a traditional and ancestral activity that is passed down from mother to daughter in Burkina Faso. At the turn of the 2000s, a rise in imported white rice undermined the country’s food security strategy, leading to a surplus of paddy rice. Refusing to passively witness the collapse of the industry, thousands of Burkinabè women began organizing and buying the yields of numerous cooperatives. They would later parboil the rice and sell it at local and regional markets, helping to save a failing industry].