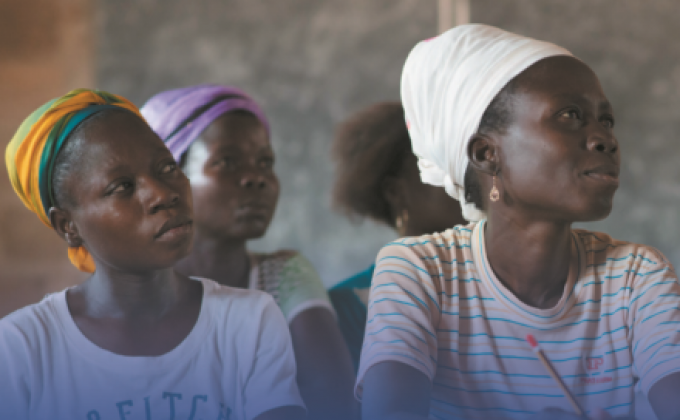 Montreal, March 23, 2021 – CECI is thrilled to be partnering once again with the Vues d’Afrique International Film Festival, as an official partner of the program! This year, our collaboration has led us to create a new category within the festival’s official program, entitled “Taking Action for Equality”. The category will feature films portraying initiatives led by women and men who fight day after day for a more egalitarian world, one of the core themes of CECI’s work. All films will be available for free on the TV5Unis.ca platform, from April 9 to 18, 2021, as part of this second fully digital edition of the festival. We warmly invite you to discover these relevant and engaged productions!

CECI will be awarding a prize to one of these films during the festival’s closing ceremony, to be held on April 18. The selection jury will be made up of members of the CECI network (employees, volunteers, members and ambassadrices). The winning film will then be distributed among CECI’s network, in Quebec and internationally, in order to fuel further exchanges and discussions about the film and issues of gender equality. This award will be presented as part of the #CECIForGenderEquality campaign, which seeks to recognize the contributions of those who fight for a more equal world, to give them praise and to inspire others to engage in the same way. These activities receive funding from the Government of Canada, provided through Global Affairs Canada. For more information: https://ceciforgenderequality.ca.

Finally, CECI will host an online talk on April 13 at 12:30 pm, inviting the public to venture from the films’ fictional worlds to the reality on the ground through the testimony of several members of the jury who, as actors and actresses of international development, will share their experiences working with issues of gender equality and talk about what motivates them to directly engage in making a difference and bringing positive changes in the world.

We invite all those who love African and Caribbean cultures to these moments of discoveries and exchanges under the banner of solidarity. Happy festival!

About CECI
CECI is an international cooperation organization with a mission to combat poverty and exclusion through sustainable development projects in Africa, Asia and the Americas. Since 1958, CECI has helped improve the living conditions of more than 30 million people in some 40 countries. Gender equality, the empowerment of women and the determination to fight all forms of gender-based discrimination are the core elements of our vision for a sustainable and fair development, and for an effective fight against poverty and exclusion. www.ceci.ca

Do you also wish to participate in the construction of a world without discrimination that is fairer and more egalitarian? Discover different ways to express your values and join a community of people committed to equality in the world: https://ceciforgenderequality.ca