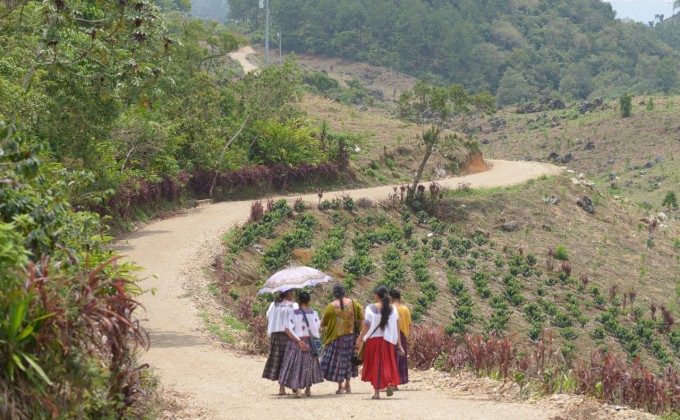 Saturday, November 7, 2020 – Guatemala has been heavily affected by the passage of Storm Eta. According to the latest estimates, landslides caused by the hurricane, now downgraded to a tropical depression, affected 81,000 people, with 4,600 people having to be evacuated.

“All CECI employees and volunteers currently stationed in the country have been contacted and are safe and sound,” said Silvia Cotton, Director of CECI-Guatemala. The CECI-Guatemala team is closely monitoring the development of the situation, particularly in the department of Alta Verapaz, one of CECI’s intervention areas which is also one of the most affected. Floods and landslides cut off several land access routes. Mudslides also buried homes and their families, causing the deaths of 100 people in indigenous villages in the northwest of the country, according to the latest estimates announced by President Alejandro Giammattei.

“Established in Guatemala since 28 years ago, CECI possesses broad experience with intervention in emergency situations, enjoying great capacity of action,” stated Silvia Cotton, Director of CECI-Guatemala. “As a member of the humanitarian network of Guatemala, CECI-Guatemala intends to provide the most concrete and appropriate response to the populations most affected. From November 5, CECI-Guatemala has been in constant communication with its partners established in the affected region, offering support to coordinate the efforts deployed jointly.”

CECI is an international cooperation and development NGO founded in 1958 with a mission to combat poverty and exclusion among the most disadvantaged communities of Africa, Asia and the Americas. CECI is involved in different projects relating to humanitarian assistance, development and volunteer cooperation. Following an emergency, we implement reconstruction and socio-economic rehabilitation projects, always keeping our development initiatives active so as to facilitate a fast recovery for the communities.

CECI has been present in Guatemala since 1992. The organization has been undertaking development projects in the country, particularly with indigenous populations, who represent more than 60% of the population. On several occasions, CECI-Guatemala has also carried out interventions with populations affected by natural disasters, such as Hurricane Mitch in 1998, Tropical Storm Agatha in 2010, Tropical Depression 12E in 2011 and the eruption of the Fuego volcano in 2018.

Donate today in support of our Guatemala Emergency Response Fund!