Rwanda, Burundi and the Democratic Republic of the Congo (DRC) 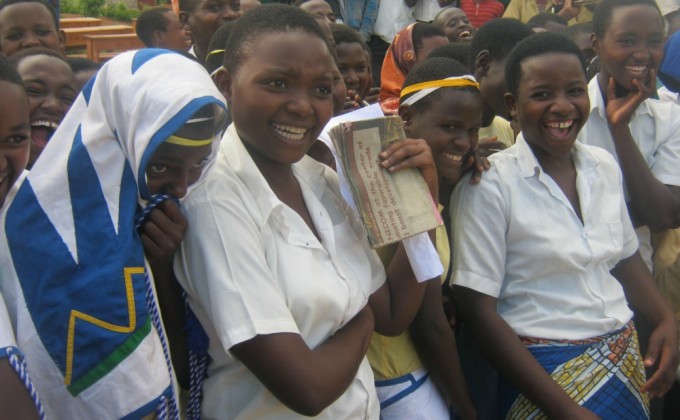 Bloody conflicts spawning over more than two decades have left millions dead in the Great Lakes Region of Africa. In Burundi, DRC and Rwanda, it is women who have borne the brunt of armed conflict and instability. Many have been victims of sexual violence, have had to relocate and have lost loved ones. Even during times of peace or easing tension, violence persists and is perpetrated by civilians. These multiple hardships have had devastating effects on women and girls, as well as their communities, and have perpetuated poverty.

To Stop Violence Against Women

It is in this context and in this region where women’s safety is still threatened that the PLUVIF project (Projet de lutte contre les violences faites aux femmes—Combatting
Violence against women) works to ensure the protection of and respect for women’s physical and psychological integrity. The objective is simple: to engage the communities, the social sector and the decision makers to take action against sexual and gender-based violence (SGBV) at their respective level. The project is being implemented by COCAFEM/GL (Concertation des collectifs des Associations féminines/Grands Lacs) with the support of CECI and funding from Global Affairs Canada (GAC).

One aspect of the project aims to provide victims with access to holistic services (physical and mental health, legal, judicial, psychosocial, and socioeconomic reinsertion) from professionals.

Another is to raise awareness, particularly among men, to inspire them to modify their behaviours and become key players in societal change.

Lastly, in each of the three targeted countries and on a regional level, the COCAFEM/GL and its 11 member collectives (a network comprised of 601 organizations and 1,790 grassroots associations or women’s groups) are in charge of regional communication, monitoring and advocacy activities. The aim of these actions is to engage authorities in a constructive dialogue on successfully adopting or implementing legislation to protect women from violence, and on combatting impunity.

Engagement From the Men

Thanks to its capacity to make women’s voices heard, COCAFEM/GL is now known throughout the region and in the three countries as a major player in the fight against sexual and gender-based violence. “Groups of men are engaging in the fight against this violence,” explained Suzanne Dumouchel, who is responsible for the project at CECI. COCAFEM/GL has thus set up an innovative model of a community-based mechanism for prevention, alert and intervention, which is made possible with support volunteered by more than 1,500 community leaders who have teamed up with psychosocial leaders to work with victims of violence. In their areas of influence, they have led the local populations to change their perception of and behaviour towards the issue of violence against women and its victims: the topic of violence is no longer taboo, violent behaviours are no longer tolerated and are denounced, household dynamics are more egalitarian, service providers are further embracing the spirit of collaboration, corruption and impunity are condemned, etc. On the whole, the dynamic is positive, and there is good reason for optimism.

Number of women and young girls given access to the services of their choosing (psychosocial, medical, legal and judicial):

Number of victims of gender-based and sexual violence who have undergone socioeconomic reintegration, contributing to their empowerment, security and self-esteem:

Number of couples sensitized to gender equality and gender-based sexual violence, most of which now enjoy a more harmonious and egalitarian relation: