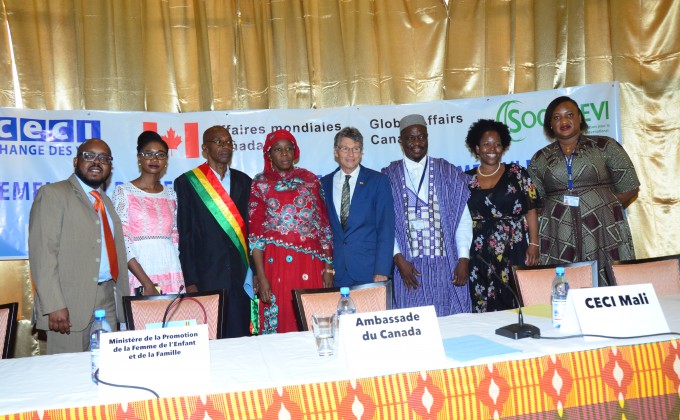 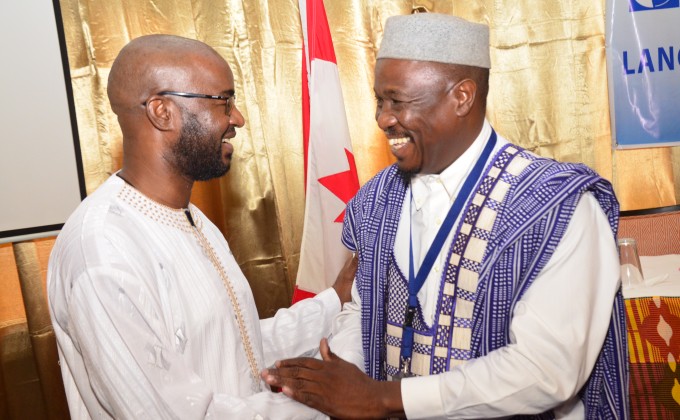 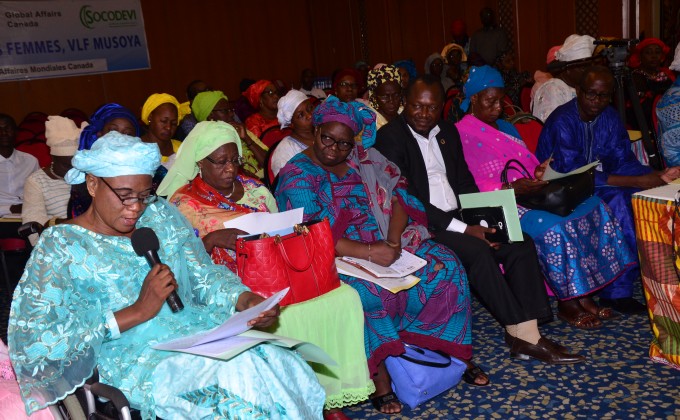 On May 30, 2019, the Women’s Voice and Leadership Project in Mali1, implemented by the CECI-SOCODEVI consortium, was inaugurated in Bamako under the presidency of His Excellency the Ambassador of Canada to Mali, of the ministère de la Promotion de la Femme, de l’Enfant et de la Famille, of the city hall of Commune III and of CECI’s director in Mali.

The Women’s Voice and Leadership Project in Mali aims to promote the rights of women and girls and gender equality in Mali. More specifically, the project, in partnership with 20 local organizations and 7 platforms, alliances and networks advocating for women’s and girls’ rights, aims to:

His Excellency the Ambassador of Canada to Mali, Mr. Verret, reiterated the importance given by Canada to the empowerment of women and girls, stating that when given an equal opportunity to succeed, women can become powerful agents of change.

The ministère de la Promotion de la Femme, de l’Enfant et de la Famille, which officially launched the project, insisted on the importance of strengthening the feminist movement in Mali in order to build a concerted, engaging social movement for the empowerment of women and for sustainable progress regarding women’s rights.

(1) The project is arising from Canada’s Feminist International Assistance Policy, in agreement with Mali’s national gender policy and financed by the Government of Canada through Global Affairs Canada.