When Fighting for the Environment Promotes the Economic Empowerment of Women 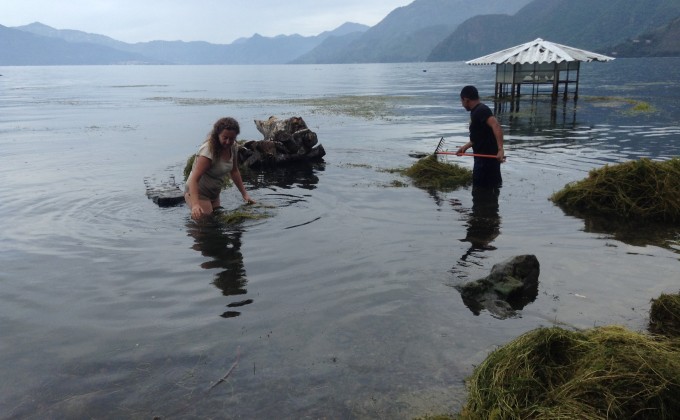 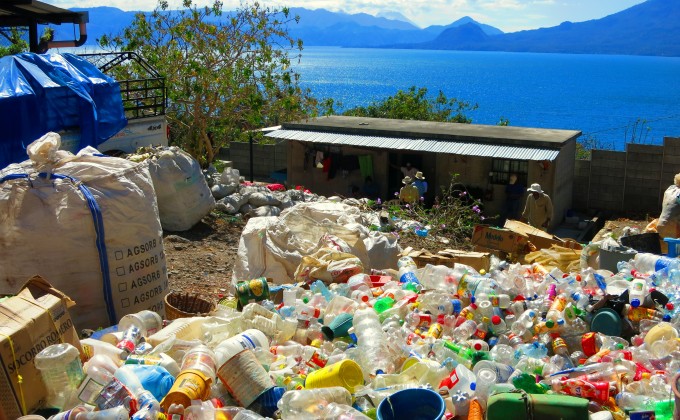 “The world’s most beautiful lake.” Those were the words used by Alexander von Humboldt, in the 19th century, to describe lake Atitlán. The famous German explorer and geographer had been enthralled by the clear waters and the dreamy surroundings of this lake, tucked away at the heart of Guatemala, 1,500 metres above sea level. Surrounded by three towering volcanoes and hiding several archaeological sites in its depths, lake Atitlán remains today as enchanting as ever to those discovering it for the first time, and just as sacred to the Mayan communities that inhabit its shores.

But Central America’s deepest lake also constitutes an extremely fragile and vulnerable ecosystem. The local population’s limited environmental awareness mixed with an inefficient solid waste disposal system—or lack thereof—have accounted for a progressive degradation of the basin over the years, to the detriment of the neighbouring communities. The increasing risk of mass contamination, which could have a devastating impact on the region, is looming large over lake Atitlán.

Through its volunteer cooperation and international development program, Uniterra, CECI has been involved since 2014, alongside various partners, in the conservation, preservation and protection of lake Atitlán. Its objective is twofold: environmental, of course, by helping to safeguard one of the sub-continent’s largest freshwater reserves; but also economic, by aiming, through the establishment of an improved management system for recyclable waste, for the economic empowerment of women.

For three years, the Uniterra program worked with the Sustainable Management Authority for the Lake Atitlán Basin and Surrounding Areas (AMSCLAE) on a project that aimed to implement a solid waste treatment and management process in a few neighbouring municipalities. Working closely with the corresponding Guatemalan government agency, Uniterra volunteers supported different phases of the Pro-Atitlán project: workshops and awareness building campaigns for the population, implementation of municipal by-laws (including, in some communities, a ban on plastic bags) and environmental education tools, etc.

The current Atitlán Recicla project, which started over the summer of 2017, is a continuation of the previous project, only with a broader scope. Although it still includes an environmental education component aimed at building greater awareness of the importance of recycling solid waste, its main focus is on consolidating the process of collecting, sorting and reselling the recyclable materials.

By strengthening business ties between the indigenous communities themselves, by creating six solid waste collection centres and by establishing partnerships and negotiating contracts with the private sector for the marketing of recyclable materials, the Atitlán Recicla project works to strengthen the whole waste management and treatment process. In doing so, it certainly aims to limit the pollution of the lake and to improve the quality of life of the locals, but it also seeks to generate new job-creating, revenue-generating activities for women.

Today, nine municipalities of the Sololá Department (a pool of some 150,000 people) are touched by this project, funded by the Uniterra program and the Central America Bottling Corporation, a private bottling company. In these predominantly indigenous communities of southwestern Guatemala, the participation rate is estimated at 70%.

“In every municipality, the women’s groups that have been formed are at the heart of every stage of the project, from the awareness-building campaigns to the management of the collection centres and the marketing of recyclable materials,” explains Barbara Rebeca Ajtujal Quiejú, Environmental Promotion Officer of the Friends of Lake Atitlán Association (AALA — Asociación de Amigos del Lago de Atitlán), the Uniterra program’s flagship partner organization in this project.

“Around 130 women, divided into 23 groups, benefited from the training offered. Some of them go door to door visiting homes, shops and schools to continue educating the people and to collect waste. Others work in the collection centres where they lead the sorting, storage and marketing of recyclable material.”

Through the AALA, a first sale of recyclable material was closed in March 2018. More than 40 tons of product were purchased. In total, four sales were made last year, generating revenues estimated at CAD 20,000, a windfall that directly benefits women and their families.

“This project is a fantastic tool for emancipation,” said Bárbara Rebeca Ajtujal Quiejú. “First of all, for the women themselves, as they gain financial independence, a sense of security and self-confidence thanks to the training received and the responsibilities they take on. They are no longer afraid to take their rightful place in the community and to launch new initiatives. At the same time, it is also a great opportunity for the youth, because in my culture, girls only go to school if their mothers can afford it... Not to mention that men are realizing that women have the ability to do much more than just their usual tasks. In this sense, the project contributes to changing attitudes, opening new doors for women.”

Proud of the results achieved, Bárbara Rebeca Ajtujal Quiejú highlights the hard work done by the Uniterra volunteers, present at all stages of the project from fundraising to awareness building, to market research and communication strategies.

Be that as it may, the Environmental Promotion Officer of the Friends of Lake Atitlán Association believes that this is but a first step. “Now that these women have incomes, we must continue to support them, build up their capacities, give them the tools they need to build and manage a small business, for example. We can help them be even stronger, mentoring them so that they can organize themselves in cooperatives, as another example.” There is no shortage of ideas. And that’s all the better. Three new municipalities of the Sololá Department are expected to join the Atitlán Recicla project in 2020.

Uniterra is a Canadian program of international cooperation, implemented jointly by CECI and WUSC and receives financial support from the Government of Canada through Global Affairs Canada.

For more information and to see all available assignments visit uniterra.ca