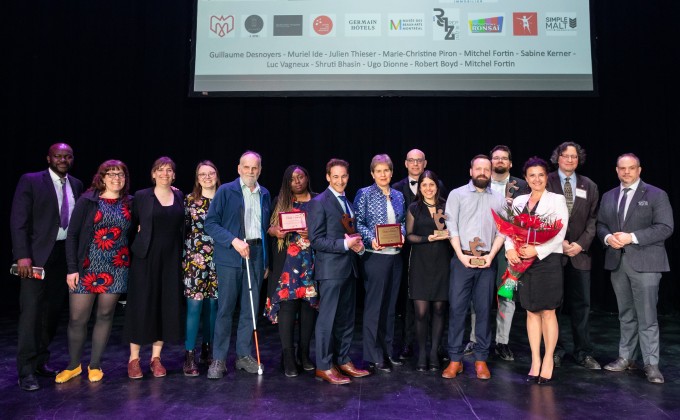 Organized by the Montreal Volunteer Bureau for its second year running, the benefit event aiming to support volunteering in Montreal gave rise to a celebration of those volunteers and volunteer managers who are actively engaged at the heart of our community. Seven recognition awards were presented throughout the evening, including the Special Mention Award received by CECI’s Club des ambassadrices.

Since 2014, CECI’S Club des ambassadrices, which brings together 65 influential Quebec women in support of women’s entrepreneurship across the world, has raised $275,000 to support Burkina Faso’s women rice parboilers. Congratulations to all those involved for their engagement with CECI through the years! CECI is thrilled to count on such exceptional women, who keep actively contributing to our mission of combating poverty and exclusion in the world.

They received this award as part of the Semaine de l’action bénévole, which took place from April 7 to 13, 2019. Four ambassadors were in attendance at the Gala to accept the award on behalf of CECI’s Club des ambassadrices: Isabelle Parizeau, Frédérique St-Julien Desrochers, Chantale Arseneau and Danielle Lamy. On behalf of CECI, thank you to all these big-hearted women whose actions reflect so well the Universal Declaration on Volunteering, an action that “brings to life the noblest aspirations of humankind – the pursuit of peace, freedom and justice for all people.”

Thank you to the 12.7 million Canadian volunteers who, through their engagement, altruism, availability and concrete daily actions, are a shining example of solidarity and eagerness to build together a better world.