Solidarity with Burkina Faso Thank you! 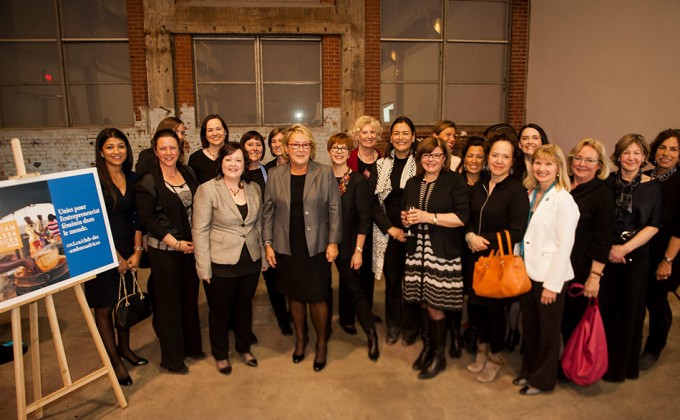 On March 22, CECI held the second annual cocktail reception for its women ambassadors in support of women’s entrepreneurship around the world.

Nearly 150 people attended the event, which was held at the Darling Fondery and co-chaired by Ben Marc Diendéré, Vice-President of Communications and Public Affairs for the Coop fédérée, and by ambassador Michèle Audette. The event, called Solidarity with Burkina Faso, was hosted by author and radio host Stanley Péan and ambassador Chantal Lamarre.

Members of the Club des ambassadrices have already raised more than $80,000 to date.

CECI’s Club des ambassadrices pursues mentoring, outreach and philanthropy to support the Women Rice Parboilers project in Burkina Faso. This five-year project aims to increase women’s economic power by promoting domestically grown rice and supporting women parboiler associations to transform them into profitable, professional, recognized businesses in the rice industry. A total of 5,000 women are targeted through this project, which receives funding from Global Affairs Canada. For every dollar raised, the Canadian government invests $15.

The ambassadors will take on the Scotia Bank Charity Challenge on Saint Helen’s Island on April 24 and will soon travel to Burkina Faso to meet women rice parboilers, hold various fundraisers and carry out communication and outreach activities, in addition to planning the next cocktail reception for women ambassadors in March 2017.

Watch the videos on our ambassadors produced by filmmakers Kim Nguyen and Nathalie Pelletier, who is also an ambassador, on CECI’s YouTube station: www.youtube.com/user/commceci.