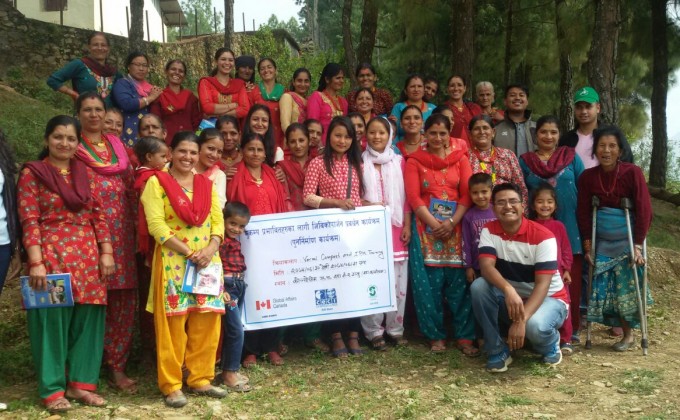 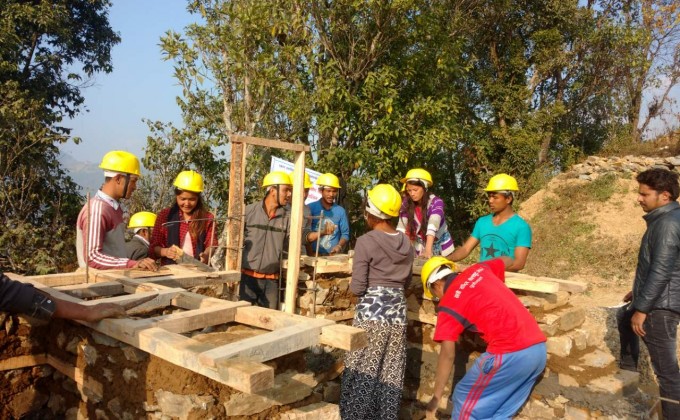 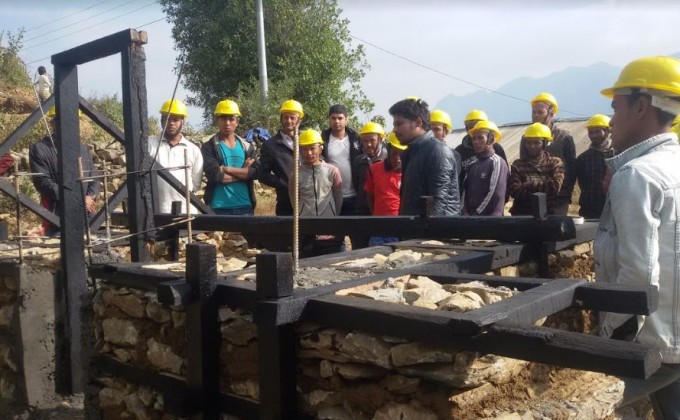 On April 25, 2015, a devastating earthquake occurred with an epicentre northwest of Nepal’s capital, Kathmandu. Only a few weeks later, an aftershock shook the country,  once again destroying homes and lives. According to Nepali government figures, over 8,000 people died, over 20,000 were injured and more than three million people lost their homes. Three years later, efforts are still being made to not only restore lives, but also rebuild the country in a sustainable way. After three years of slow efforts, a new wave of hope is sweeping the landscape in Nepal. A series of democratic elections and state reforms has instilled new hope in citizens for restoration and rebuilding. CECI was active in the response to the emergency in 2015, and it continues to work with the state and citizens’ groups in this democratic transition.

CECI Nepal has been engaging in supporting those affected by the earthquakes, from the emergency phase to the longer term economic recovery phase. During the emergency phase (April to June 2015), CECI, with the support of Global Affairs Canada (GAC) and in collaboration with other organizations, provided food and non- food items to the women and men across 3 districts severely affected by the temblors – Sindhupalchok, Kavrepalanchok and Lalitpur.

To build on the progress accomplished by the emergency relief activities, CECI initiated an early economic recovery phase in the same 3 districts, focusing on livelihoods. The project aimed to promote sound agricultural practices, replacing livestock breeds and repairing cattle sheds and dairy enterprises. CECI’s response programming has benefitted over 50,000 earthquake-affected women and men.

Since January 2017, CECI has been implementing a longer term economic recovery project funded by Global Affairs Canada called Punarnirman. The project is expected to improve the economic conditions of 18,000 women and men affected by the earthquake in the same three districts of Nepal where the emergency and early recovery phases were implemented. The initial results of the interventions of Punarnirman project are encouraging as the target beneficiaries have started improving their economic  activities significantly, increasing productivity through an integrated market approach. We are not only improving livelihoods, but helping economically and socially isolated communities reach nearby markets.

CECI’s economic recovery intervention covers only a small number of those affected, and in order to fully realize the sustainable economic development of women and other marginalized groups, inclusive governance structures must also be supported. With the recent political reforms, the opportunity is ripe to ensure that efforts and flows of investment for recovery and sustainable development are inclusive and equitable. CECI will continue working on subsequent phases of recovery and development and  continue advocating for the funding of these efforts.