Portraits of the Next Generation of the Feminist Movement in Haiti: The Example of Fanm Deside 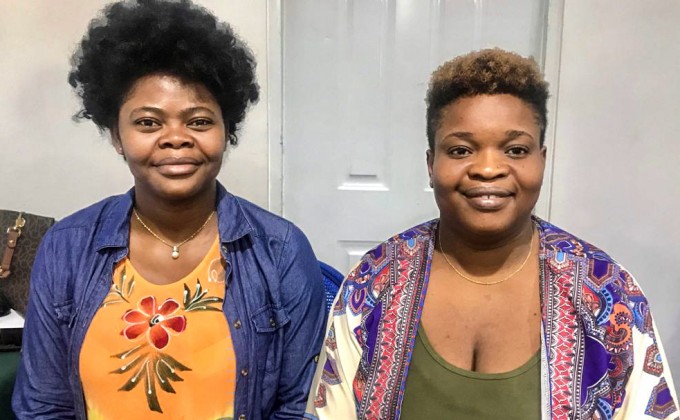 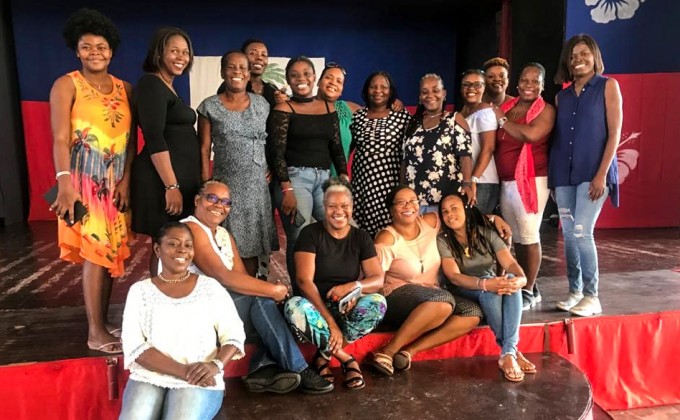 From September 14 to 17, 2020, some fifteen women leaders of the organization Fanm Deside (“Women decide” in Creole) met to take stock of their activities and start reflecting on the organization’s strategic orientations for the coming years. For more than 30 years, Fanm Deside has been working to improve the status of women in Haiti’s Sud-Est Department, offering women information and training related to their rights, advocacy, economic support and contention for abused women.

The meeting followed a broad consultation with over 400 of the organization’s members, which focused on the current functioning of its structure and its future directions in terms of governance, areas of intervention, activities and membership. These consultations highlighted one of the weaknesses of the organization: the lack of a renewal within its executive board since 2005.

To immediately remedy this shortcoming, two young women were selected to join the organization’s executive board, for the sake of continuity and intergenerational succession. Ludgine Dauphin and Nadia Lafleur, both active members of Fanm Deside for several years, were thus selected to sit on the decision-making entity, pending the holding of formal elections in 2021.

Ludgine Dauphin is 33 years old. She became a member of the organization in 2009 and was subsequently elected as a delegate of the group of women members of Fanm Deside in Jacmel. She currently holds the role of communications manager within the structure, a position she was offered after receiving a scholarship in communication and journalism thanks to the support of Fanm Deside. “As a child, I was part of a strictly female school environment,” explains Ludgine. “This environment made me take interest in the situation of women. I have always been outraged by the position of women in Haitian society, and by their lack of participation at all levels. This is why I have wanted, from a very young age, to become a journalist: to give a voice to the people, and to women in particular.”

Nadia Lafleur, 38, followed in her mother’s footsteps, herself a member of Fanm Deside. “The changes my mother made after joining Fanm Deside inspired me to become a member myself. My mother used to be a violent person who physically abused her children. Joining Fanm Deside has completely transformed her,” says Nadia. “After becoming a member of Fanm Deside myself in 2005, I grew within the organization until becoming the delegate for a group of women. As I got more and more involved, my leadership skills grew. I participated in many international training courses in psychology, thanks to the support of Fanm Deside. This allowed me to become a responsible worker at the Magalie pour la vie shelter, whose mission is to welcome women victims of violence.”

Nadia and Ludgine say they are very honoured to have been chosen as potential future leaders of Fanm Deside, and are hoping to be able to formally join the executive committee in 2021. “This decision taken today will help preserve the institutional memory of Fanm Deside while ensuring the continuity of its work. This will also facilitate intergenerational succession. I would like to run as a candidate in the next elections for membership of the executive committee and receive the appropriate training to fully fulfil my role as leader,” says Ludgine.

Both women are optimistic about Fanm Deside’s future prospects. “I am happy of the support Fanm Deside has received from the Women’s Voice and Leadership – Haiti project,” adds Nadia. “This is the first time that members of the organization have had a say in determining the future direction of the organization. I am satisfied with this democratic process through which over 400 members and affiliated organizations of Fanm Deside have been consulted. This is a new stage for Fanm Deside! Now, my dream is for the organization to become the leading standard for the promotion of women’s rights in the Sud-Est Department and even to eventually expand to other departments,” Nadia concludes.

Fanm Deside is one of six organizations receiving support from the Women’s Voice and Leadership – Haiti project in order to improve its management, internal governance and viability; the quality of its programs and services; and its ability to network to advocate for women’s rights. Transformational feminist leadership is one of the approaches promoted by the project for partner women’s organizations to facilitate the exchange of information and the participation of members in decision-making. This type of leadership allows women’s groups to engage in a more democratic and participatory organizational dynamic.

The Women’s Voice and Leadership – Haiti project supports women’s organizations and community networks that work to promote the rights and empowerment of women as well as gender equality in Haiti. It receives financial support from the Government of Canada through Global Affairs Canada.