Nepal: CECI supports the recovering of micro enterprises in Lalitpur 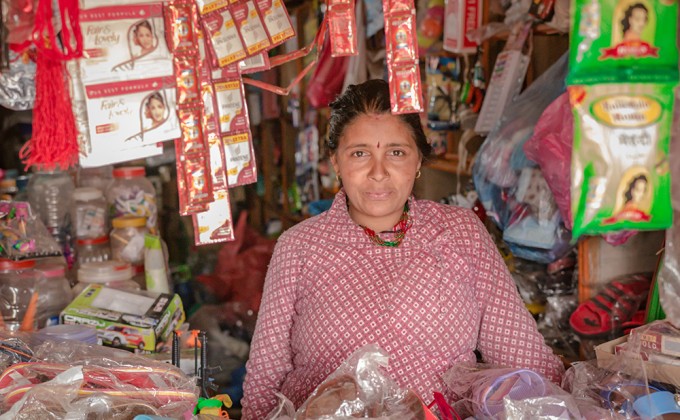 CECI is continuously working to support the earthquake survivors of April 25 and May 12 earthquakes, and several subsequent aftershocks. CECI responded to the immediate relief needs by distributing tarpaulins, food items, hygiene kits, kitchen utensils, water filters, solar lanterns, and basic medicine packets in coordination with local partners, benefitting more than 22,000 people of Sindhupalchowk and Kavrepalanchowk. CECI Nepal also conducted psychosocial counselling sessions through local partners to the needy ones in the target districts.

When two earthquakes struck Nepal in April and May, millions of people faced hardship losing both their homes and their livelihoods. The disaster affected the livelihoods of 2.3 million households. According to the Post-Disaster Needs Assessment, an estimated US$ 250 million in wages were lost for 5.6 million workers. The hardest hit districts are among Nepal’s poorest and least developed, which further exacerbates the hardship of the poor and vulnerable. - Source: UNDP

Blacksmiths in Lalitpur resuming their business, which was destroyed by earthquake

As CECI Nepal is implementing its activities under the recovery phase, it is supporting rural communities and individuals of Sindhupalchowk, Kavrepalanchowk, and Lalitpur districts to restore their "on and off-farm" micro-enterprises. The main aim is that enterprises of earthquake affected entrepreneurs are revived and their livelihoods are stabilized. This activity is funded by the Department of Foreign Affairs, Trade and Commerce Canada (DFATD), CECI’s own fundraising sources including that from the Canadian Medical Association (CMA). In addition to this, CECI Nepal in collaboration with Rebuild Micro Enterprise Nepal (ReMEN), Australian Volunteers for International Development (AVID) initiative, is currently supporting micro-enterprises and dairy farms in Lalitpur district that were destroyed or damaged by the devastating earthquakes and several subsequent aftershocks. After an assessment of the situation, CECI and ReMEN jointly decided to support communities and individuals to recover and resume their livelihoods. About 40 micro enterprises, including metal workshops (carried out by Dalit family), sewing enterprises, petty shops, flour mills, and dairy farms are being supported through this initiative. The repair and maintenance of tools and equipment of milk collection and chilling centres is also being undertaken. These support actions will reach directly to 3,000 affected people in Lalitpur District.