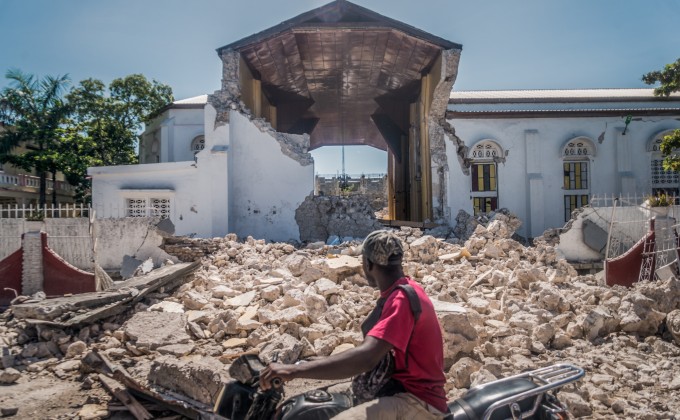 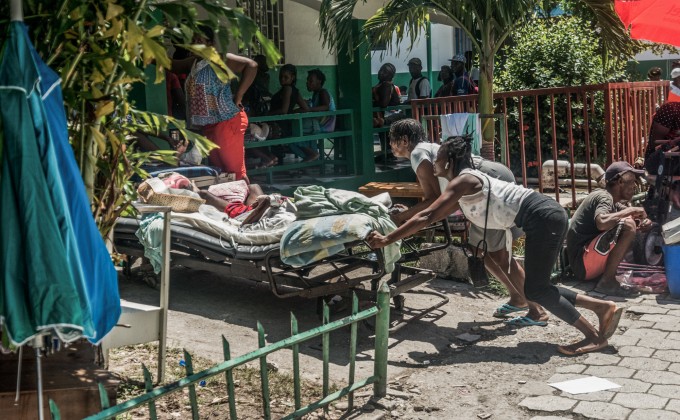 Tuesday, August 17, 2021 - CECI is calling on Canadians to show their solidarity for the people of Haiti, battered by a 7.2 magnitude earthquake that shook southwestern Haiti on the morning of Saturday, August 14, 2021.

To make a donation

The earthquake has caused a great deal of human suffering and material damage, exacerbating an already difficult socio-economic situation for the communities living in this region. The provisional assessment to date from civil protection authorities reports 1419 deaths, more than 6900 people injured, more than 75 000 families affected by the disaster and serious damage to homes and infrastructure. The Haitian government has declared a one-month state of emergency.

CECI-Haiti has two offices in the region affected by the disaster, respectively in the department of Grand’Anse (city of Jérémie) and in the department of Sud (city of Cayes), where it is currently implementing five development and humanitarian aid projects. Fortunately, our infrastructure and staff were spared and the CECI-Haiti teams are already at work responding to the population’s most pressing needs. According to data from the department’s civil protection bureau, seven communes targeted by CECI’s initiatives were the most hard hit by the earthquake: Pestel, Beaumont, Roseaux, Cayemite, Corail and Jérémie, and to a lesser extent Moron and Chambellan. Our teams are reporting major material damage: damaged or destroyed health centres, seriously damaged administrative buildings, and damaged or destroyed homes. Hundreds of people have been found trapped under concrete slabs after the collapse of several buildings, hospitals are overwhelmed with the injured and several roads are blocked or destroyed, which will make it difficult for help to reach the affected areas in the coming days.

In the hours immediately following the earthquake, CECI contacted the departments’ civil protection authorities and participated in the first assessment meetings led by the Centre d’Opération d’Urgence Départementale in order to respond to the most pressing needs that had been identified, in particular, distribution of food and non-food kits, hygiene kits and temporary shelters, including tents, tarpaulins and small mattresses, for field hospitals and in preparation for forecasts of bad weather.

As of this week, in coordination with national and departmental authorities, CECI is intervening first and foremost in the most remote and difficult to access communes, in particular Corail, Pestel and Beaumont:

CECI-Haiti will then put its expertise in humanitarian assistance and its development approach to work to attain sustainable results. Our teams will continue to engage with authorities and the populations affected by the disaster, will continue to gather information on the damage, will identify needs and will support emergency and relief actions, in coordination with local, national and international partners.

“CECI has maintained a constant presence in Haiti since 1971. It has a long history of intervention in crisis situations, with a great capacity for action. We have never interrupted our activities, even during the many periods of political instability that the country has experienced over the last 50 years. CECI is engaged, and will continue to be engaged during this difficult time, in providing relief and development in Haiti,” said Philippe Dongier, Executive Director of CECI.

CECI is an international cooperation and development NGO founded in 1958 with a mission to combat poverty and exclusion among the most disadvantaged communities of Africa, Asia and the Americas. CECI is involved in different projects related to humanitarian assistance, development and volunteer cooperation. Following the first emergency, we have been implementing socio-economic recovery and reconstruction projects, and we have consistently maintained our development activities in order to promote the rapid resumption of all activities in the communities.