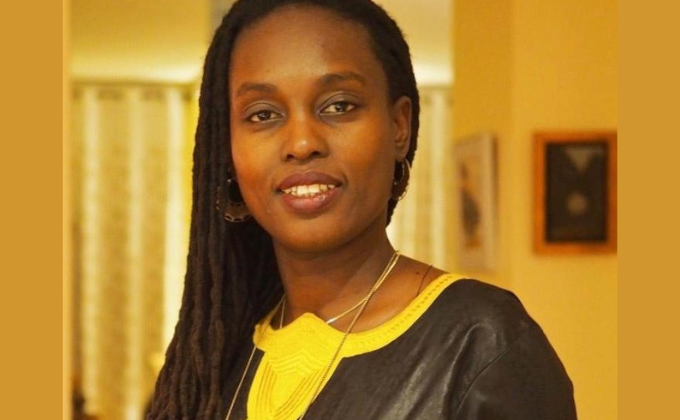 On December 6, as part of International Volunteer Day, Ms. Laity Ndiaye was awarded CECI's Women in Action Award for the year 2022. The Women in Action Award is given annually to an individual who has contributed significantly to the advancement and promotion of gender equality with CECI.

Ms. Ndiaye recently became a project officer, specializing in gender equality for CECI. Based in Senegal, she was previously a volunteer and regional advisor on gender equality and women's economic empowerment. She completed several volunteer mandates in Senegal between 2020 and 2022 with the FAR project and the Volunteer Cooperation Program.

Throughout her tenure, Ms. Ndiaye has demonstrated unwavering professionalism and deep dedication to the advancement of gender equality. Selfless by nature, her commitment has been continuous and unrelenting. She has extensive experience working on gender issues in West Africa. She has always put local communities at the center of her work and has been proactive in creating relevant networks and relationships for the advancement of women's rights.

The selection panel and the entire CECI team would like to salute and congratulate Ms. Ndiaye for all these accomplishments!

"Laity has had a marked impact in several African countries. She herself is an example of commitment" - Frida Villareal, member of the selection committee

A few words about the Women in Action Award

CECI places the principle of equity in human relationships at the center of its vision and action. It believes in the equal rights and dignity of individuals and works to establish equality in society and within its organization. CECI is convinced that women must have equitable access to the benefits of development and, as a result, be involved in the decision-making process. The discrimination they face limits their access to education, health care, and decision-making power, among others. It is to remedy this situation that CECI is aiming for social transformation. In this perspective, the Women in Action Award recognizes a person who has made a significant contribution to the advancement and promotion of equality within the framework of CECI's activities over the past year.