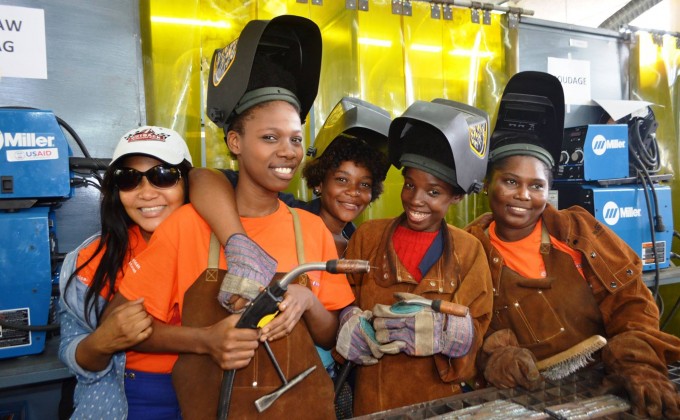 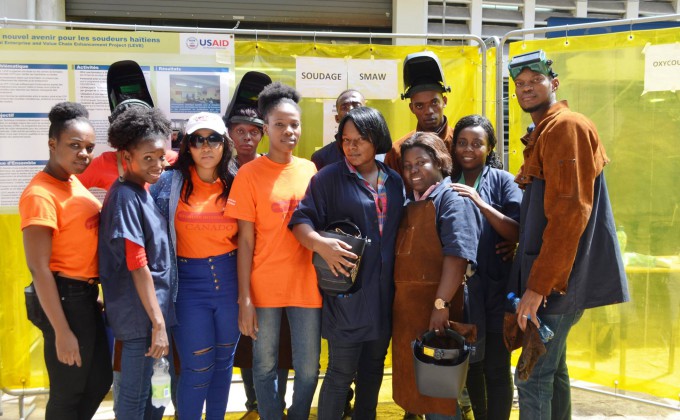 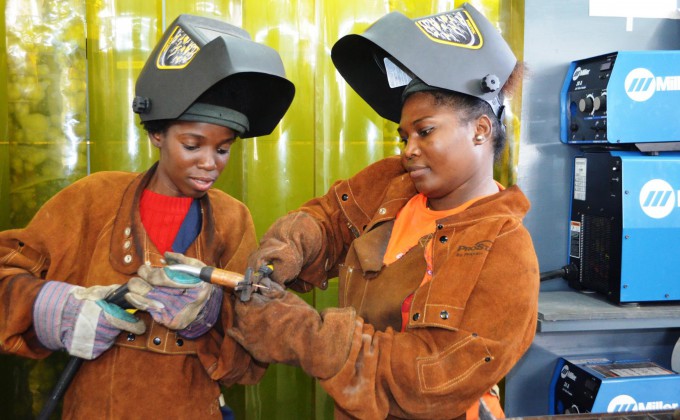 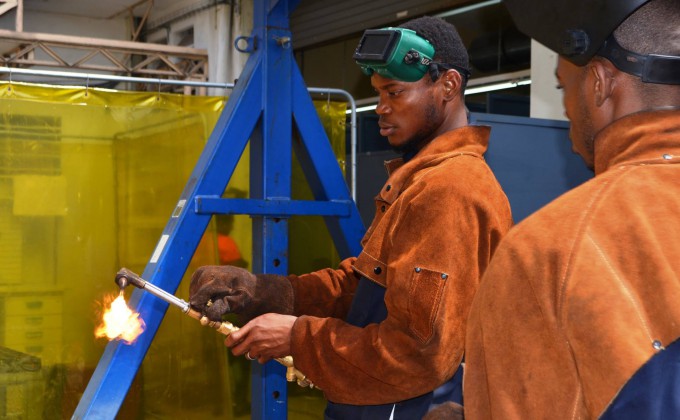 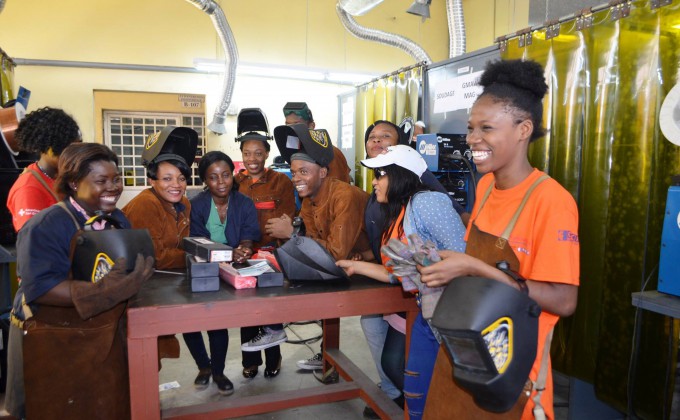 On May 30, 28 young people ages 18 to 35, of whom 23 are women, received welding diplomas with international certification, having completed a 14-month training program through a project to strengthen and improve livelihoods in Carrefour-Feuilles.

The project was launched by the Haitian Red Cross and is funded by the American Red Cross. It has been implemented by CECI since 2014 in one of the most vulnerable areas of the Hatian capital. Its aim is to improve access to economic opportunities for residents of Carrefour-Feuilles, particularly young women and men.

According to Roselaure Claude, a beneficiary of the project targeting 75% women, this initiative has “brought hope back to our neighbourhood.” Marie Dominique Denizé, Gender Equality Coordinator at CECI’s Haiti offices, is thrilled with the number of women who have undergone the training. “These women dared to choose to become mechanics, electrical technicians, welders and other professions.” The inclusion of women in these fields helps break down stereotypes that lead people to believe that certain professions are strictly for men.

In addition to receiving basic welding training, these 28 young graduates are the first in Haiti to receive specialized training in advanced techniques, which was provided by the Canadian Welding Bureau and funded by USAID. These highly sought-after skills qualify them for jobs in workshops and on site building large earthquake-resistant structures, on ships in the middle of the ocean, in shipyards, on oil rigs or even on the assembly lines of a new air craft.

From December 2014 to April 2017, the project trained 715 young people, 461 of whom are women, in various fields such as electrical work, masonry, refrigeration and cooling, plumbing and welding. Of the young people who received training, 379 rounded out their training by completing an internship in a business, after which 105 of them were hired by a private company. The project also supported 97 existing businesses in the Carrefour-Fruilees neighbourhood and helped create 11 new companies.