For the International Day for the Elimination of Violence against Women, let’s talk about women’s rights and gender-based violence 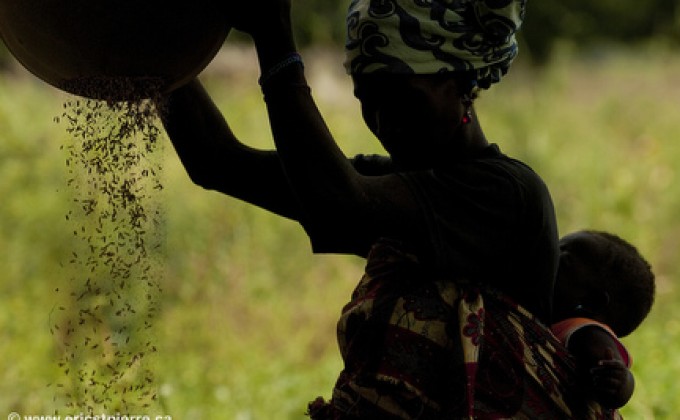 From November 25 to December 6: 12 days of action to eradicate violence against women

Violence against women and girls is a serious social issue and a major barrier to the peace and the sustainable and fair development of any society. Globally, 35% of women have suffered some form of physical or sexual violence in the course of their life (UN Women, 2017). In Western Africa, more than four out of every ten girls were forced into marriage before turning 18, and nearly one in seven was in forced wedlock or cohabitation by the time she was 15 (UN Women, 2017). In 2017 in Mali, the information management system on gender-based violence recorded 2,882 cases, a majority of which were cases of sexual violence (57%), most of them against children. There was also a high proportion of harmful traditional practices (39%) in the form of genital mutilation.

Furthermore, vulnerability to sexual violence increases in the event of armed conflicts—such as the one currently unfolding in Mali—as armed fighters attack women and girls for the sake of spreading terror and strengthening their hold over the land. The weakness of the state in those regions impacted by conflict also increases impunity, discourages denunciation and impedes access to justice. These factors, along with certain strongly held traditional views, give life to the false notion that gender-based violence is a normal way to establish relationships between women and men. It only follows that, because of fear of retaliation, of stigmatization or of not being given justice, 91% to 94% of victims refuse to call on judiciary services.

At the roots of this situation are power relations that portray women and girls as inferior beings or as objects without rights or value. To remedy this situation, the JUPREC project, led by Lawyers Without Borders Canada, the École nationale d’administration publique (ENAP) and CECI, created a series of four booklets presenting concepts and techniques to address women’s rights and the issue of gender-based violence (GBV) with the communities. The booklets are intended for use by community leaders, teachers, facilitators and other actors. They present the rights of women and girls affected by GBV as well as the mechanisms and resorts that can help defend them. The booklets also outline the causes and consequences of GBV, strategies and techniques to talk about this taboo subject within the communities and to pave a way to address it, as well as methods to turn the men into allies of gender equality.

The series is made up of three thematic booklets and one booklet on facilitation techniques: 1) Gender equality, 2) Positive masculinities and 3) Gender-based violence. The fourth booklet offers hands-on exercises to approach these themes with the community in an inclusive and professional manner. The booklets also include testimonials from participants who have seen their life change by using the enclosed techniques or best practices (contests, approaches, talks or other awareness-building activities) promoting more equal communities for women and girls. Furthermore, the third booklet includes a directory of institutions and organizations offering services related to GBV in the regions of intervention of the project. It also includes a “Violentometer”, a barometer for violence designed in a participatory way, through which women and men will be able to identify violent behaviours and curb them before they bring serious consequences.

The JUPREC project, and CECI in particular as the organization responsible for the prevention of GBV and for the promotion of gender-equal practices, sees this series of booklets as a way to make our actions on the field with our partners more sustainable. The readers will be able to easily assimilate its contents and adapt the information to their own context. We thank all the experts and leaders of the partner organizations who worked to support the project’s initiatives: APDF, AJM, WILDAF, GREFFA, ASSAFE and EFFAD. Throughout the project, they showed great engagement and creativity in implementing these actions within the current context in Mali.

We also encourage the readers to follow their lead by using these tools to build awareness, to lead training, to reflect, to report, and to build the necessary community engagement and strategic alliances to tackle gender-based violence, one of society’s most destructive forms of violence.

We are convinced that a reflection around the themes approached in these booklets combined with the implementation of the suggested activities can contribute to combating violence against women and girls, an unacceptable state of affairs that needs to be prioritized, avoided and reversed. With these tools, we invite you to act now within your community to end gender-based violence, a global social problem that is not exclusive to women.

You too can contribute to the prevention of gender-based violence and to the promotion of gender equality practises: join the movement with #CECIforGenderEquality

The JUPREC project (Justice, Prevention and Reconciliation for Women, Minors and Others Affected by the Crisis in Mali) is being led since 2014 by the consortium formed by Lawyers Without Borders Canada (LWBC), the École nationale d’administration publique (ENAP) and CECI.

Authors of the texts:

Maimouna Dioncounda Debélé, Officer for the Prevention of Gender-Based Violence

Editing and proofreading of the texts:
Aly Tounkara and Lylia Benabid

Partners in the implementation of the component for the prevention of gender-based violence of the JUPREC project: APDF (Ségou), AJM (Mopti), WILDAF (Tombouctou), GREFFA (Gao), ASSAFE (Bamako) and EFFAD (Kidal).