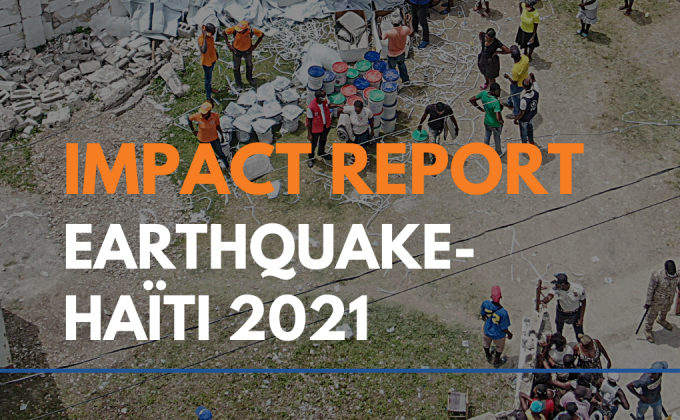 On August 14, 2021, the Grand Sud departments of Haiti were hit hard by an earthquake measuring 7.2 on the Richter scale. More than 2,200 people died and nearly 13,000 were injured. Several infrastructures and 130,000 houses collapsed.

CECI was present from the first hours following the earthquake to help the victims:

It is with great gratitude that we wish to thank all the donors who generously answered the call by donating to support the emergency aid and to relieve the Haitian people. Here is a summary of the response in the days and months following the earthquake.

Thank you from the bottom of our hearts!

To read the report