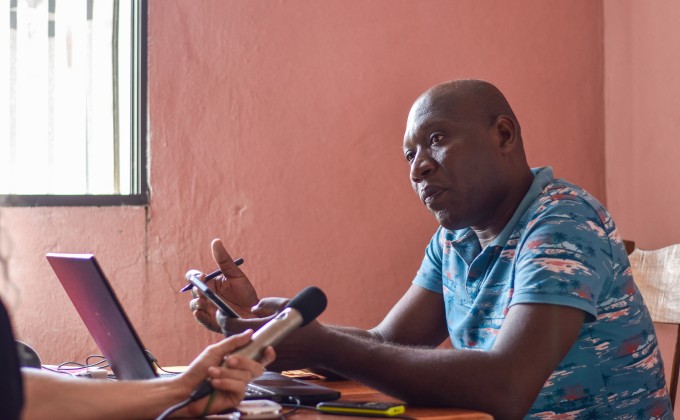 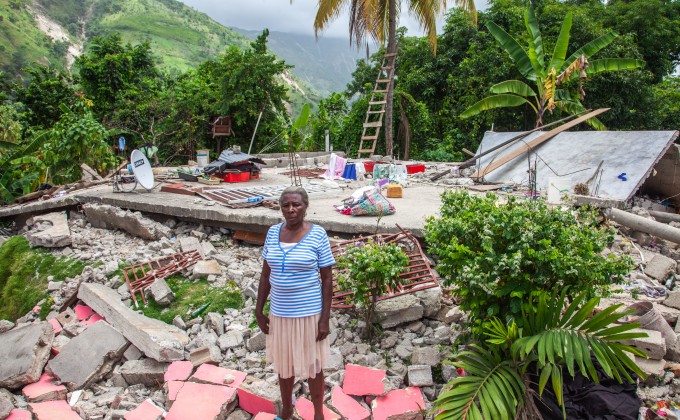 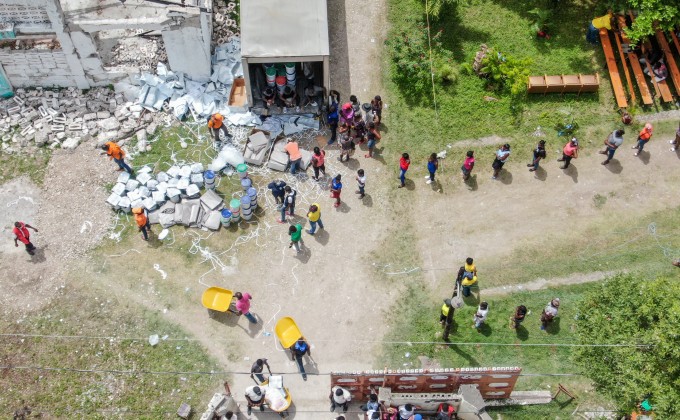 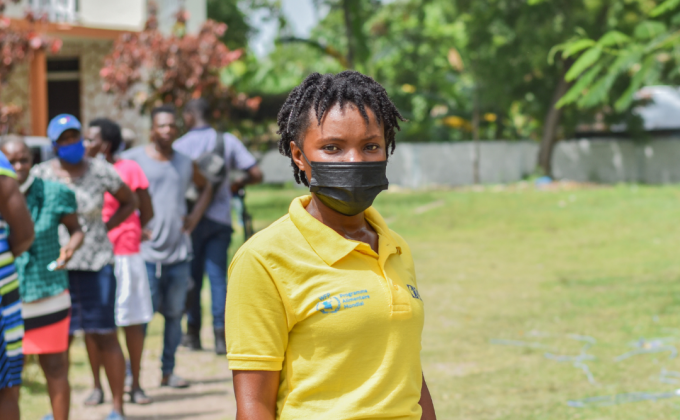 Two hours after the earthquake on August 14, Jeanty François, in charge of operations for CECI-Haïti’s Sud bureau, was in contact with Haiti’s civil protection directorate for the department. Well-established before the earthquake in many of the affected areas, the team of over 20 employees and partners from CECI’s regional office in Cayes were among the first on the ground to assess the damage and to support the emergency response in many of the most affected areas.

“Our priority, right after the earthquake, was to see if the entire team was there,” recalls Mr. François. None of CECI’s regular partners were seriously injured, but many found themselves homeless.

“The next day, when we started to conduct exploratory visits, the first assessments, I started hearing that the situation was very serious in Maniche, Camp-Perrin and Cavaillon. We had no idea that there had been so much damage in these communes on the first day.”

The large city of Cayes was hit hard, but most buildings were spared complete destruction. In some of the small villages and cities closer to the epicentre, mostly in the mountains, the vast majority of houses were destroyed or severely damaged. It is now estimated that 130,000 homes have collapsed or are no longer safe, and 650,000 people are now in need of help.

“The initial emergency was to assist in the response and support rescue efforts. There were many people buried under the rubble. Then, we had to help to quickly assess the damage, one of our team’s specialities,” says Mr. François.

During this first week, CECI’s assessment teams helped to coordinate all of the assistance for the Sud Department, the most affected area, through the civil protection emergency bureau. “We spent over a week carrying out assessments,” recalls Mr. François, whose telephone has been ringing off the hook today.

In the first days of the crisis, the courtyard and the building where CECI’s offices are located were also used to provide shelter for some employees. Still today, eight permanent employees in Cayes take refuge in the evenings in CECI’s offices, which survived the earthquake, until they can find housing and a reliable structural assessment of their affected homes. Mr. François is among them.

Despite this, CECI has already helped to distribute close to 1,000 emergency kits that include a sturdy shovel, a bucket and hygiene products for the families most at risk. In the most affected areas, people are still sleeping outside on their land, sometimes under just a sheet attached to four poles. Our teams have visited some of the most remote places to reach the most vulnerable people. CECI has also provided drinking water and water for household use to some 2,000 families whose rainwater reserves were destroyed by the earthquake, by sending 19 tankers carrying 215,000 litres of water to the communes of Jérémie, Beaumont, Corail, Pestel and Duchity.

With two offices and experts present for over seven years in three of the most affected departments (Sud, Grand’Anse and Nippes), CECI is at the centre of the emergency humanitarian response and the post-earthquake reconstruction of Haiti. CECI’s teams include dozens of Haitians—emergency responders, agronomists, psychologists and community agents, among others—who work directly with the hardest-hit communities and dozens of partners on site.

“There are still so many people here who are in need. Any form of assistance is helpful. We’re asking for support and help to get these people out of this very difficult situation,” says Mr. François.

With your support, CECI can continue to respond to the needs of the families affected, by providing them with safe shelters, water treatment and storage materials, immediate financial support so that women, who are the pillars of the family, can look after their loved ones, and by renewing seed supplies for the upcoming planting season.

CECI’s commitment to these communities is long term. And we will continue to be by their side, in the months and years ahead, to help them get back on their feet.

To support CECI’s efforts in Haiti today and to help communities get back on their feet, you can make a donation: