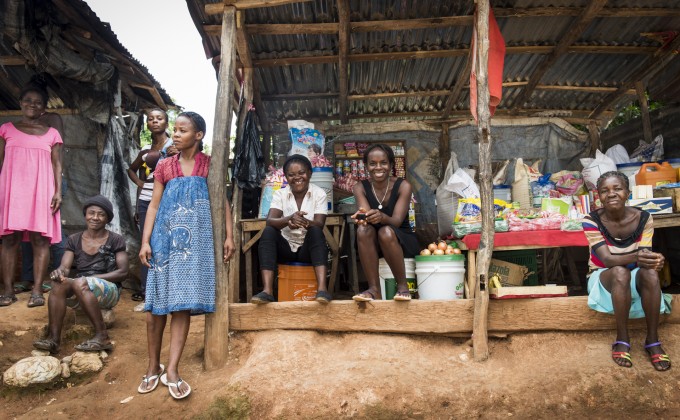 The 12th of January marked the eighth anniversary of the earthquake in Haiti, which in 35 seconds, at 16h35, caused the estimated death of more than
300,000 people, as well as the collapse of most buildings in downtown Port-au-Prince, housing the ministries, police, health services, schools and universities,
churches…

CECI, which has been present in Haiti for more than 40 years, was one of the first organizations to swing into action to help victims. CECI was able to align its
humanitarian actions with its development projects and long-term objectives. To respond effectively to the crisis, it relied on its in-depth field knowledge, as well as
on an open collaboration with the population and the local authorities to maximize the effectiveness of the actions carried out.

The "Emergency Haiti" campaign, which was launched by CECI in the aftermath of the 2010 earthquake, promptly raised more than $21 million (in cash and in kind). This amount was added to the $18 million invested in Haiti by CECI in 2009-2010 as part of its regular program. More than 750,000 people benefited from all our humanitarian actions. Between 2010 and 2012, CECI worked with 4 million people in total through all its projects, including development projects.

Today, in Haiti, we are implementing socio-economic rehabilitation projects and reconstruction projects. Above all, we always maintain our development activities, which significantly boost a faster resumption of all our community activities. The challenge for Haiti is to prepare its populations better when it comes to facing disasters. Haiti is a country at high-risk. CECI must help the population to equip itself to avoid huge losses of human life.

Since 2012, CECI has worked with 6,000,000 people through interventions promoting economic development through training and access to employment for youth and women, improving infrastructure, improving agricultural techniques, and adaptation to climate change. This is done through an approach of equality between women and men, and by promoting good governance.