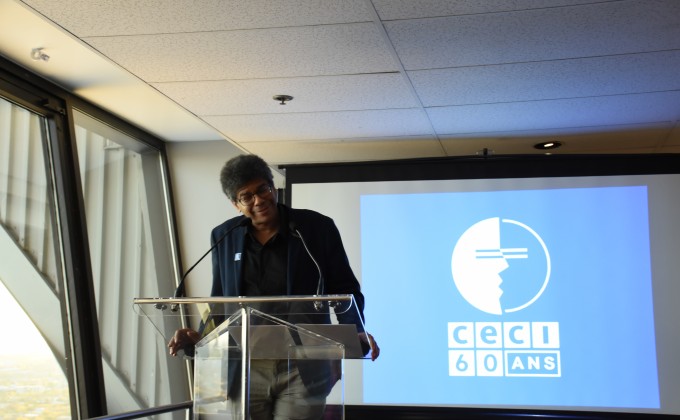 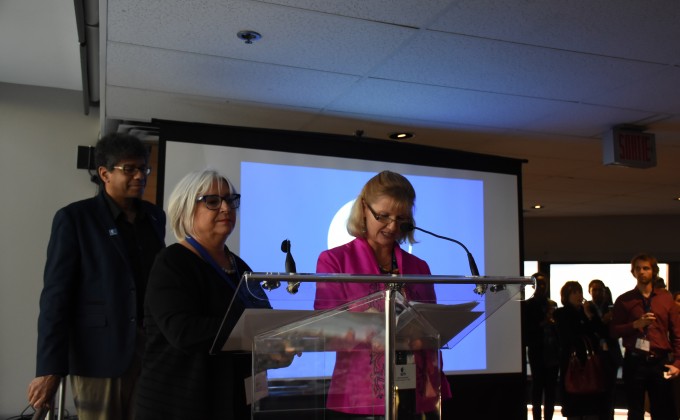 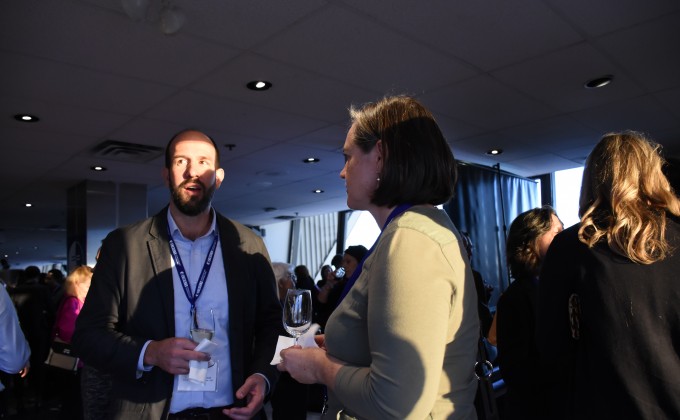 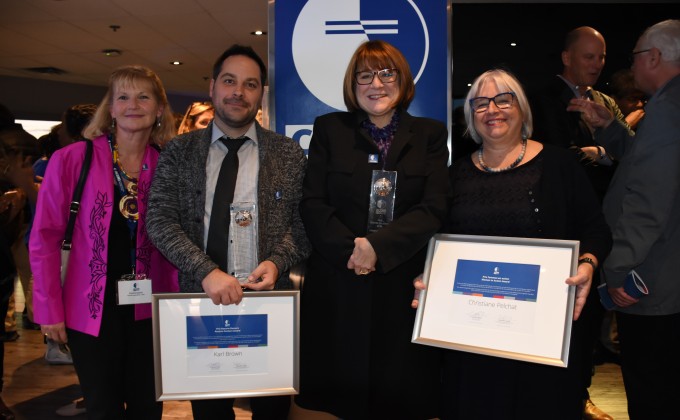 On our 60th anniversary event held last Saturday evening, CECI celebrated all of those who helped make our dream of solidarity a reality, and who continue to be agents of change and sustainable development.

Over 200 people attended the celebratory cocktail party on October 13, 2018, at the Montréal Tower of the Olympic Park. CECI took advantage of this event to present its two recognition awards: the Women in Action Award, given to Christiane Pelchat for her contribution to the cause of gender equality, and the Rosario Demers Award, which went to Karl Brown for his exceptional engagement as a volunteer.

It is the power of the people that has allowed CECI, with the support of its members, employees, partners, volunteers and supporters over the last 60 years, to improve the lives of millions of people across the world. On October 13, CECI also launched its latest campaign to drive engagement, dubbed #CECIForGenderEquality, aiming to gather ever more people around the common ideal of abolishing the inequalities between women and men that persist to this day.

Add your voice to the campaign #CECIForGenderEquality and invite your friends to join the movement today!

Thank you for your participation! The photos of the evening are on the CECI Facebook page.