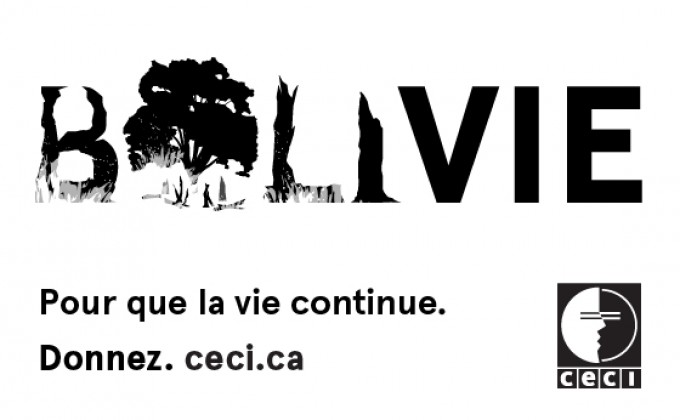 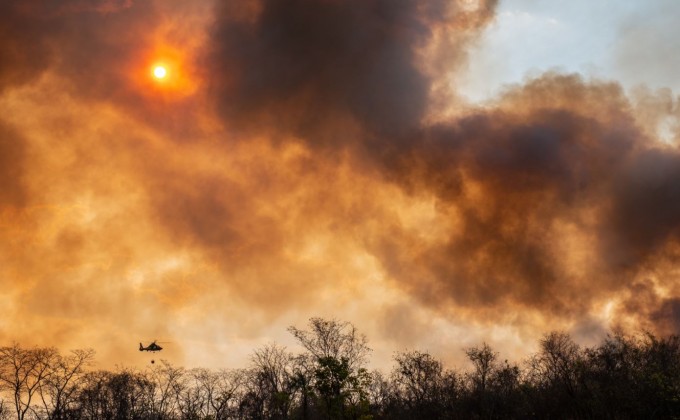 Devastating fires have been wreaking havoc on the Amazon rainforest for over two weeks, further progressing day after day and affecting several South American countries, including Bolivia.

In Bolivia, over a million hectares have already gone up in flames. According to Marcela Vallejos, Director of CECI-Bolivia, the situation is critical: “The fires are currently concentrated in the department of Santa Cruz, but also in the isolated department of Beni, which is seeing less media coverage. At the moment, in only the region of Chiquitania in Santa Cruz, it is estimated that nearly 2,000 indigenous families (10,000 poor indigenous farmers, 60% of whom are children) are directly affected by this disaster. We know that people are suffering from a lack of access to water and from severe respiratory problems caused by the smoke, in addition to having lost their homes and livelihoods. People from all parts of the country are coming in to help combat the fire, but they lack adequate and safe equipment to go against the blazing flames and they need a supply of drinkable water.”

Last Sunday, Bolivian President Evo Morales suspended his electoral campaign to make a call for international assistance. The G7 countries announced yesterday they were releasing emergency aid to combat the fire. In turn, Canada confirmed it would contribute 15 million dollars to help those countries affected by this environmental and humanitarian disaster.

Present in Bolivia since 1990, CECI intends to play its part in helping the most vulnerable communities. CECI-Bolivia’s team is currently hard at work to assess the immediate needs and necessary means of action to serve the first necessities of the displaced families, to preserve their dignity and to ensure their safety.

We are calling upon your generosity!

Donate now to our emergency fund for Bolivia.

In recent decades, CECI has frequently been called upon to carry out humanitarian aid operations in Asia, Africa and the Americas, to help people facing natural disasters or human conflicts. Our approach is to respond to the needs of affected populations through local partners, in collaboration with the country's authorities.

More details on CECI’s action in Bolivia will be released soon.